Coastal Kenya is home to an amazing array of wildlife – it’s one of the most biodiverse parts of Africa. Over 550 plant and 50 animal species found in Kenya’s coastal forests occur nowhere else on earth, WWF-Kenya says. Thereby the main biodiversity and tourism hotspot is the coast of Lamu, where 70% of the countries mangrove-forests still exist. It is a place of global importance, where linking tourism and conservation is an urgent issue. Lamu is stepping into a new era of large-scale development and infrastructure investment, particularly through the multi-million dollar Lamu Port, South Sudan and Ethiopia Transport (LAPSSET) project. And in addition causes the proposed 1,050 MW Lamu Coal Power Station major concern. Now the Lamu County has come up with the nations’ first Spatial Plan (2016-2026), and it even has received support from WWF. For LT&C it will be of interest to see the local tourism business engaged to make that plan a success by securing enough space for well-managed protected nature areas. 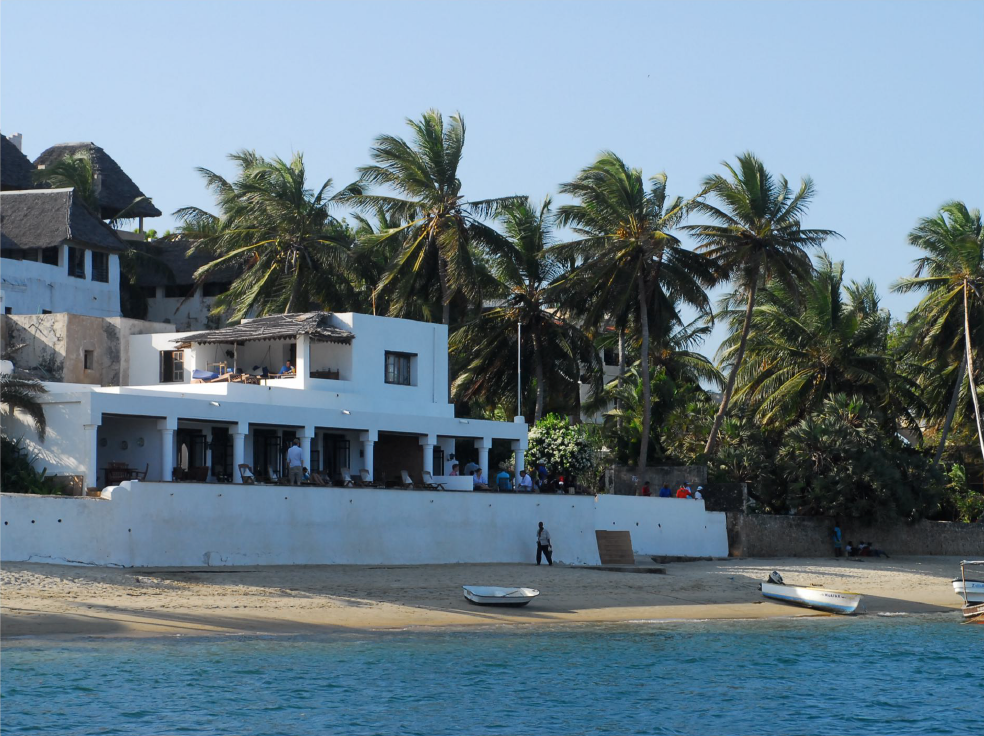 A key asset of the Lamu coast are the extensive mangrove forests, which beside other valuable functions, play an important role as “blue carbon” for the global climate. Atwaa Salim, project coordinator of the Lamu Marine Conservation Trust, describes also how local people look at the values of mangroves. He explains how byproducts of the dense mangrove forest lining the coast can be spotted everywhere in town: almost all the roofs are made of mangrove wood, as well as the traditional boats that locals use for fishing and to carry tourists around the smaller islands in search of coral. The forest also acts as a nursery for species such as the jumbo prawn and the snapper which are a key source of income. “Mangroves are everything for us,” he says.

“Mangrove loss threatens Kenyan coastal communities and the climate”, wrote Lou Del Bello from Nairobi 22/09/2016 in the Climate Home News, and refers to the eminent threat of the planned coal plant, due to start operating in 2020. Prospected Kenyas largest coal power plant would not only be build on the direct cost of mangrove area, it would in a multiple way harm the climate. Also as seawater will be used to cool down the machinery, and the discharge put back into the sea will be dangerously warmer, altering the organic balance of the mangrove swamps.

WWF wrote about the East African mangroves: “Highly productive nurseries for fish and prawns, eastern African mangroves significantly enhance the biodiversity of surrounding marine habitats while providing vital habitat for migratory birds, marine turtles, dugongs and porpoises. The most developed mangroves in this ecoregion extend as far as 50 km inland, with canopy heights up to 30 m. However, Eastern African mangroves are threatened in many areas by overuse and conversion by a growing human population that utilizes the mangroves for rice farming, shrimp aquaculture, and for construction materials and the timber trade.”

And only a year ago WWF summarised the situation in Lamu as follows:

Obviously the Lamu County Spatial Plan, which has been launched by the County Government of Lamu Thursday, July 13, at Mkunguni Square in Lamu Island, provides now hope that its implementation will lead to an optimal outcome seen from the 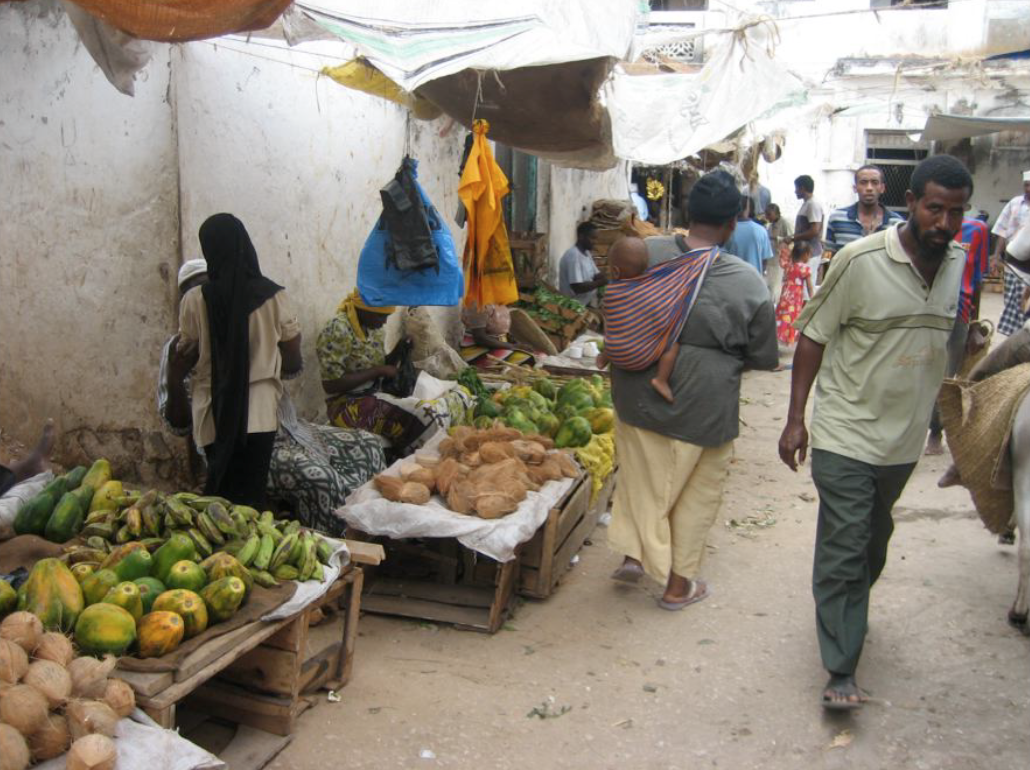 perspectives of both the local communities as well as the various stakeholders and interest groups. At least WWF, who had itself significantly been involved in the development of the plan, is speaking very positively about the plan and offers further financial and technical support. WWF-Kenya’s board member Dr. Richard Kaguamba, urged Lamu residents to rally behind the plan stating that the WWF-Kenya has and will remain at the forefront in supporting the Lamu County Spatial Plan next phase of implementation. 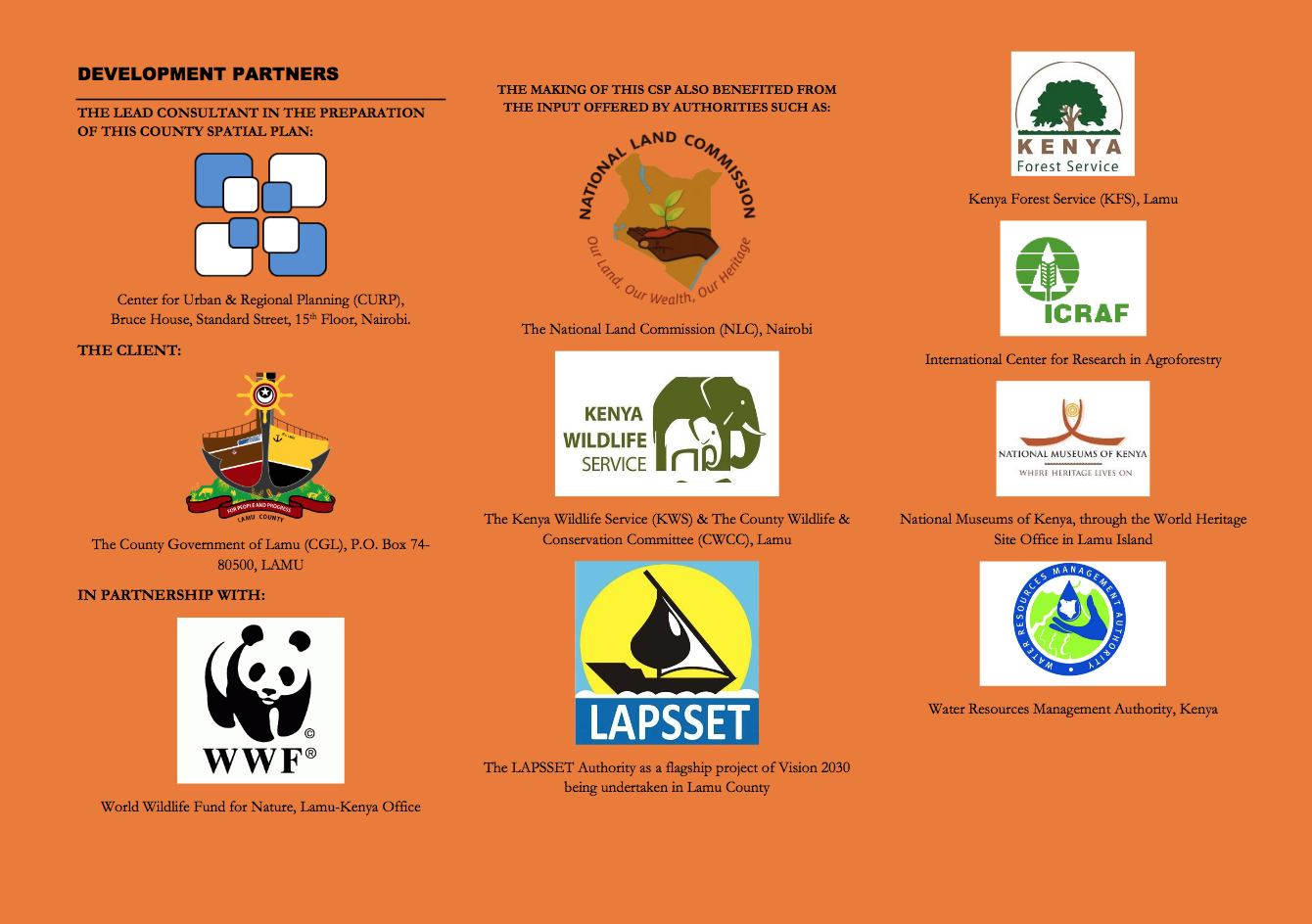 As the Lamu County Spatial Plan is the first one of the overall Kenya National Spatial Plan (see promotion video), it may have also implications for the remaining 46 counties of Kenya. The more it will be important that its implementation will demonstrate that all the natural assets of the region can be sustained to the benefit of the local communities und businesses, such as tourism, which depends on them. LT&C will have a look, where tourism businesses will play a particular supportive role to safeguard Lamu’s valuable nature and invites to create LT&C-Examples others can replicate or learn from.

If you want to play a role here…