6.97% of the global seas are protected; Colombia just added and now protects more than 10% of its seas 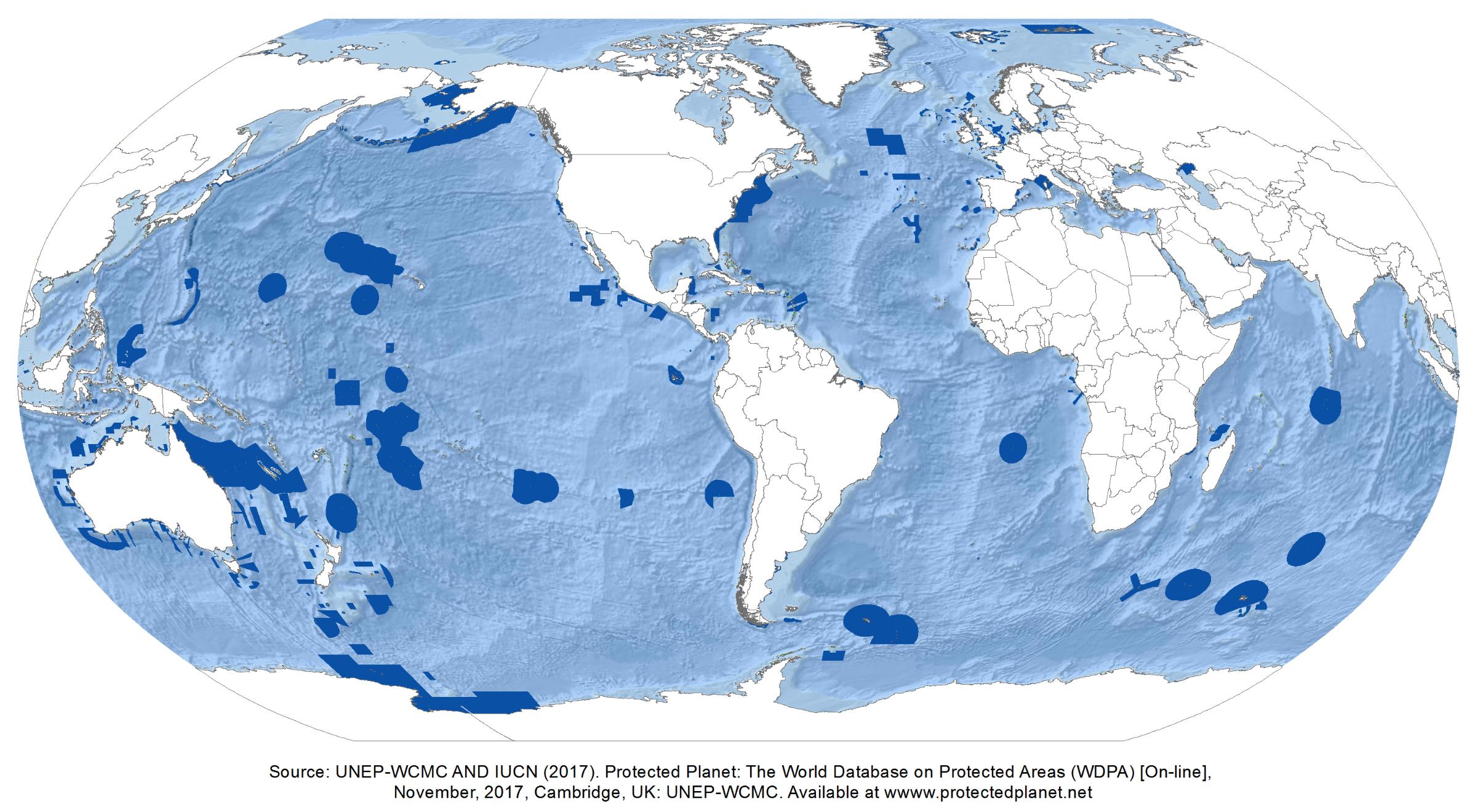 Protected Planet, the most up to date and complete source of information on protected areas, stated for 2017, that the global coverage of marine protected areas (MPAs) is 6.97%. The database is managed by the United Nations Environment World Conservation Monitoring Centre (UNEP-WCMC) with support from IUCN and its World Commission on Protected Areas (WCPA). The number of marine protected areas in the world given for 2017 was 15,609, covering 25,245,207km2 of the global seas. Now, as the Wildlife Conservation Society (WCS) reports, Columbia just added 1,903km2 and has exceeded the UN target for 2020 to protect 10% of marine space.

As Protected Planet describes in detail, the Global Ocean can be divided into areas within national jurisdiction (National Waters) and those in international waters (Areas Beyond National Jurisdiction (ABNJ).

MPAs can be more easily created by governments in national waters where there are dedicated legal systems in place. In ABNJ it is more difficult to create MPAs due to the complex legal framework in place. As such, the percentage of MPAs created within national waters is much higher than that for ABNJ. National waters represent 39% of the global ocean and at present, 16.03% of these waters are designated as protected areas. In contrast, only 1.18% of ABNJ, which makes up the remaining 61% of the global ocean, has been established as protected areas. At present, international discussions are underway to establish ways of simplifying the process to create MPAs in ABNJ. 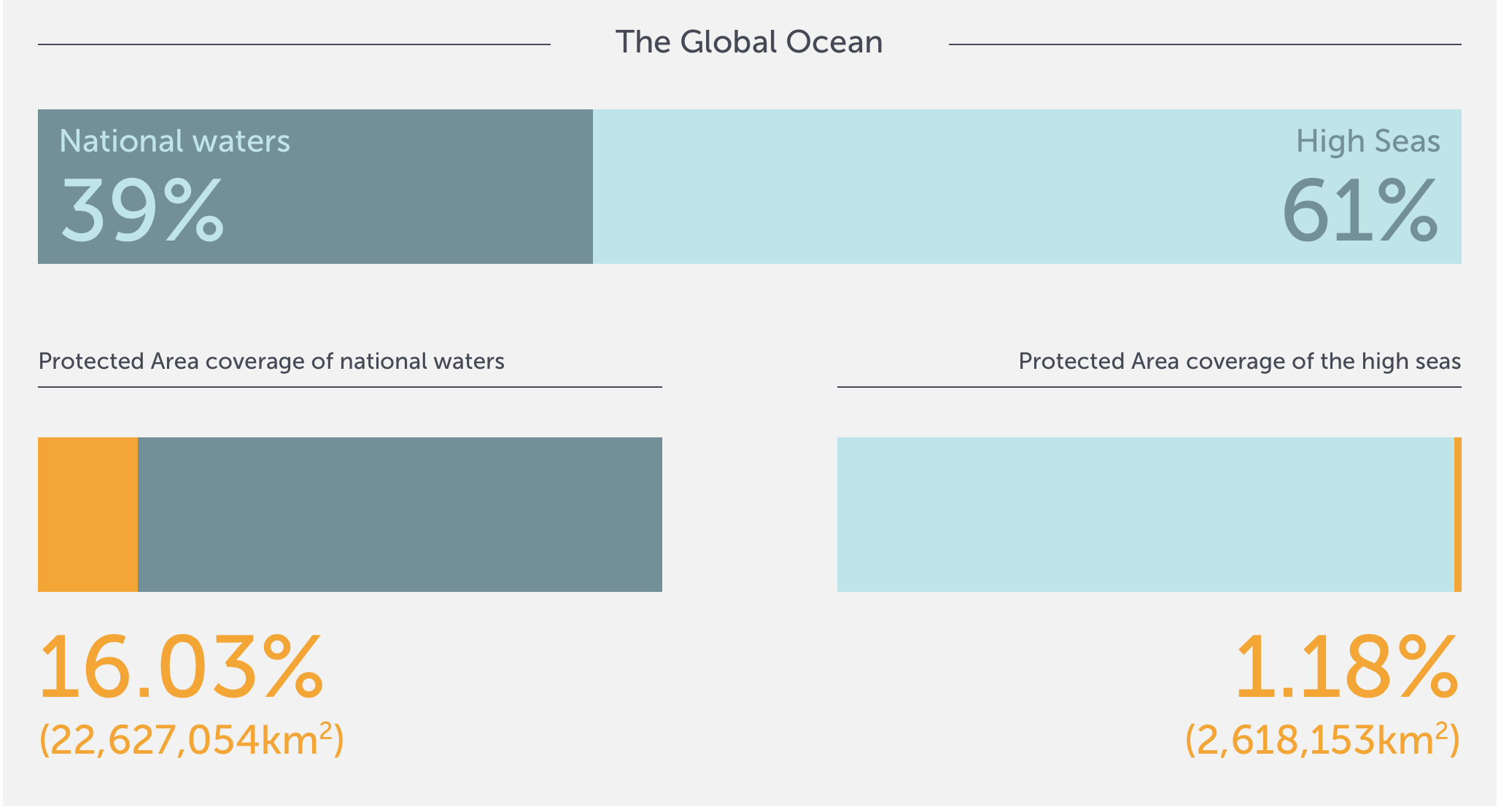 The world’s nations, with the so-called Aichi target 11 of the UN-Convention on Biological Diversity (CBD), have agreed to protect by 2020 10% of the global seas. This target is also embedded in the Sustainable Development Goals (SDGs), and what Linking Tourism & Conservation (LT&C) aims to support with help of tourism.

The Government of Colombia has recently established a new marine and coastal area for conservation and sustainable use in partnership with local communities in Tumaco, Colombia, according to WCS (Wildlife Conservation Society). Read in the following WCS’s press release: 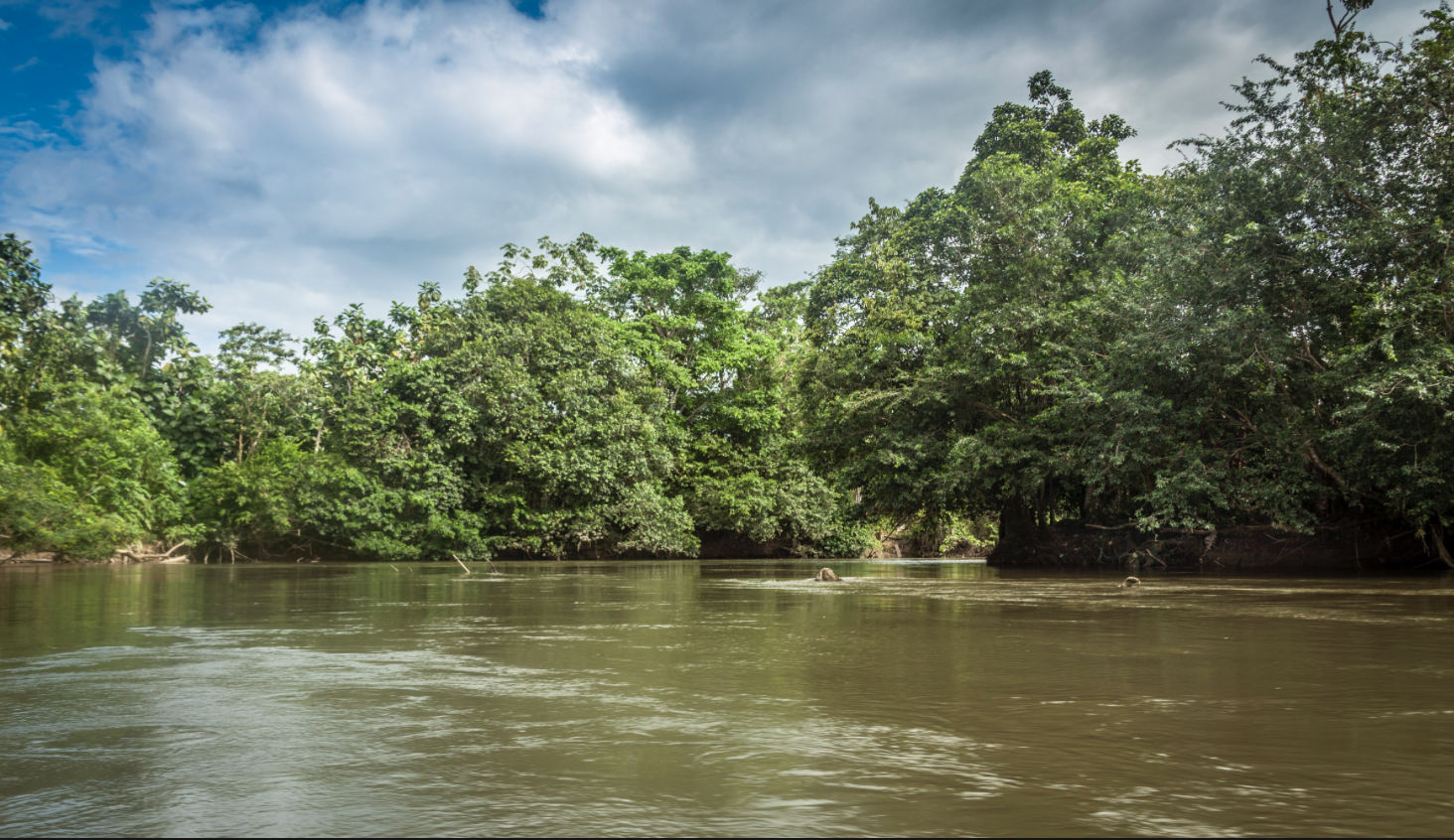 The new National Integrated Management District (DNMI) covers a total area of 190,282 hectares (more than 734 square miles) and occupies a strategic location that connects important protected areas in the Colombian Pacific with the Manglares Cayapas Mataje (REMACAM) Reserve in Ecuador.

This DNMI will promote conservation and protect wildlife—including iconic species such as leatherback turtles, humpback whales, and many economically valuable fish species—by strengthening the rights of local Afro-Colombian communities that have historically inhabited the area. The communities will help to co-manage the DNMI, which will protect natural resources including mangrove and native floodplains; turtle nesting beaches; feeding and resting places for birds, ark clams, and crab banks; and fisheries resources, among others.

“We applaud the government for creating a protected area that will safeguard the country’s marine and coastal biodiversity while maintaining sustainable traditions that support the region’s communities,” said Rocio Rodríguez, Assistant Director of WCS Colombia.

In addition to safeguarding ecosystems, the DNMI will protect 22 species of mammals, 20 species of birds, 12 species of reptiles, 30 species of molluscs, and a large number of fish species, including 57 species important for artisanal fishing and 16 for industrial fishing. The district’s mangroves also serve a crucial role in protecting against climatic events, mitigating climate change, and improving the overall quality of the ecosystem, ultimately improving the quality of life of the local communities.

With this declaration, Colombia has established a total of 28,918,584 hectares (more than 111,000 square miles) of protected areas, with 13.73 percent in marine and coastal environments; this means they have achieved the Convention on Biological Diversity’s Aichi Target 11, which aims to conserve at least 10 percent of coastal and marine areas.

This achievement is the result of the work between local communities (the local community council, or Consejo Comunitario Bajo Mira y Frontera) and the Alliance for the Conservation of Biodiversity, Territories and Cultures, an alliance between the Colombian National Parks Unit, World Wildlife Fund for Nature (WWF), WCS, Fundación Mario Santo Domingo, and Grupo Argos. The Colombian Environment and Sustainable Development Ministry, Marine and Coastal Research Institute (Invemar), and the government of the Nariño department also provided support.