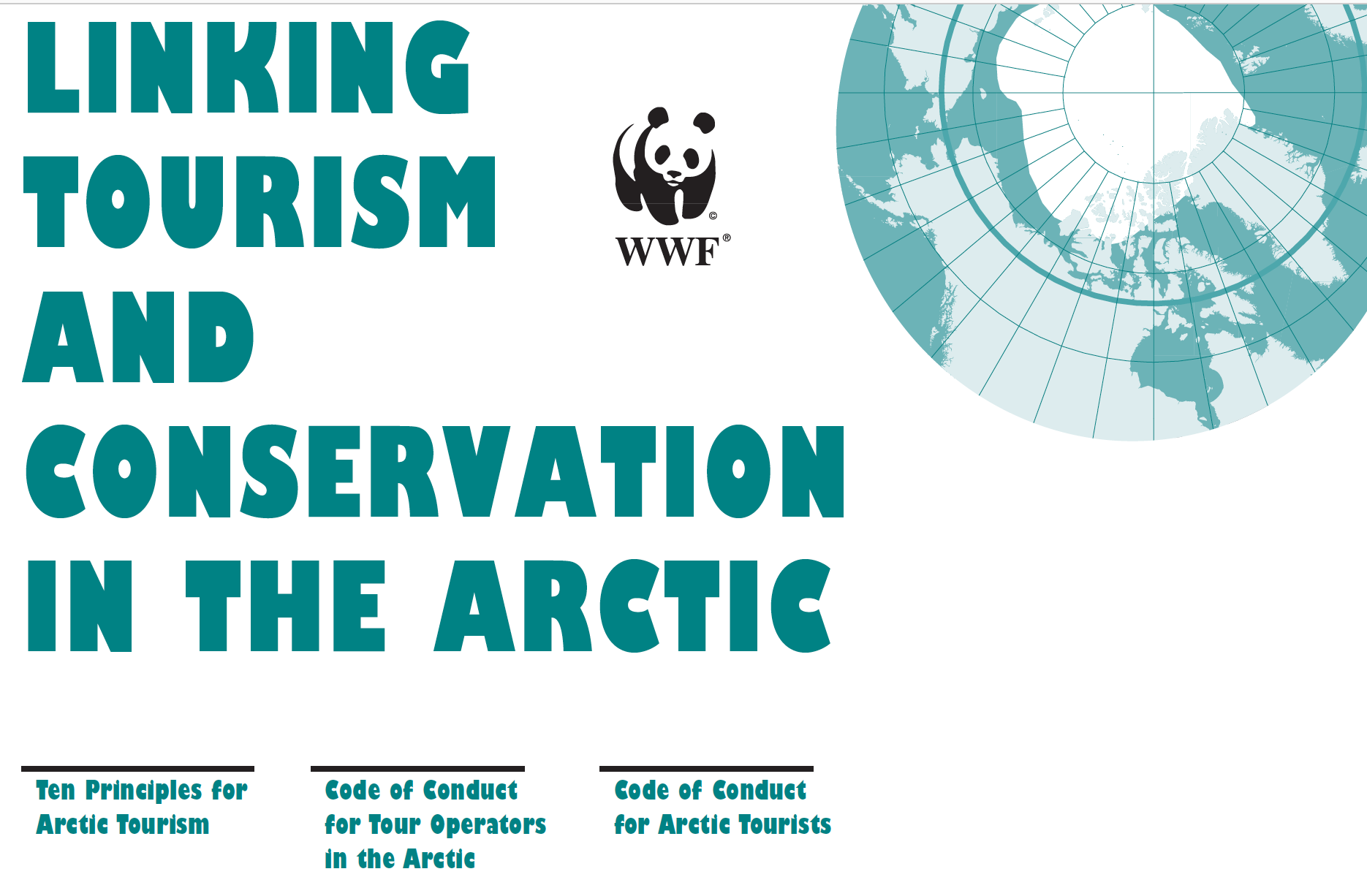 In den plenary session „Preparing for Arctic Tourism Growth“ of the recent Arctic Circle conference in Reykjavik/Iceland the guidelines for Arctic tourism WWF developed in the late 90s under the title „Linking Tourism and Conservation in the Arctic“ (wwf_tourism_conservation) became alive again. Halldór Benjamin Porbergsson, Senior Vice President, Icelandair Group, referred to them as part of the airline company’s sustainability policy. The Ten Principles for Arctic Tourism and related codes of conduct for tour operators and tourists in the Arctic were once the outcome of growing cooperation between tourism business, research and conservation and have something to do with the origin of LT&C.

„Like any other use of the environment, tourism should be compatible with and a part of international, national, regional, and local conservation plans.

• Cooperate with environmental organisations and other groups working to protect the environment.

• Support monitoring of and research on the effects of tourism.“

And the 2. Principle – Support the Preservation of Wilderness and Biodiversity can relate nicely to the present discussion on Iceland to protect the wilderness of the Icelandic Highlands in form of a national park:

„Vast areas of wilderness without roads or other traces of development are a unique characteristic of the Arctic. These areas are both environmentally valuable and one of the main reasons why tourists come to the Arctic.

• Support nature conservation throughout the Arctic, including the protection of wildlife, habitat and ecosystems, both marine and terrestrial.

• Support efforts to stop and, where possible, reverse the physical fragmentation of the Arctic landscape since fragmentation both reduces the quality of the tourism experience and degrades the environment.

Therefore it will be interesting to see, whether Icelandair’s relation to the WWF-Arctic Tourism principles will also lead to their support for establishing the Highland national park in Iceland. The conservation organisations in the country, INCA and Landvernd,  since long time are campaigning for protecting the entire Central Highlands by enlarging the existing Vatnajøkul national park.

The Highland national park was actually the topic of another event at the Arctic Circle conference. Under the title „The Central Highland: Brand Capital of Icelandic Nature“, the session was introduced as follows :

„Conservation of the Icelandic Central Highland is of great importance for the Arctic region. It is considered one of the greatest wilderness areas still remaining in Europe.

The breakout session will touch on the following topics that highlight the importance of conserving the unparalleled characteristics of the Icelandic Central Highland in relation to its Arctic location and its importance as such:

The next Icelandic parliamentary elections will take place on 29 October 2016, following the anti-government protests earlier in the year in connection with the publishing of the „Panama Papers“. In a recent TV discussion most of the representatives of political parties running for parliament said they would support the establishment of a national park for the Central Highlands with only three expressing themselves a bit ambivalent. It sounds therefore not unlikely that the national park will be a reality in a not so long future. Support for the national park initiative has also been expressed by the Icelandic Travel Industry Association. A new impressive LT&C-Example, where tourism is supporting the establishment of a protected area, is on the way…

In addition to housing a large collection of ancient Mayan

„If we protect the poles, we protect our planet.“ – Interview with PhD Candidate Christy Hehir