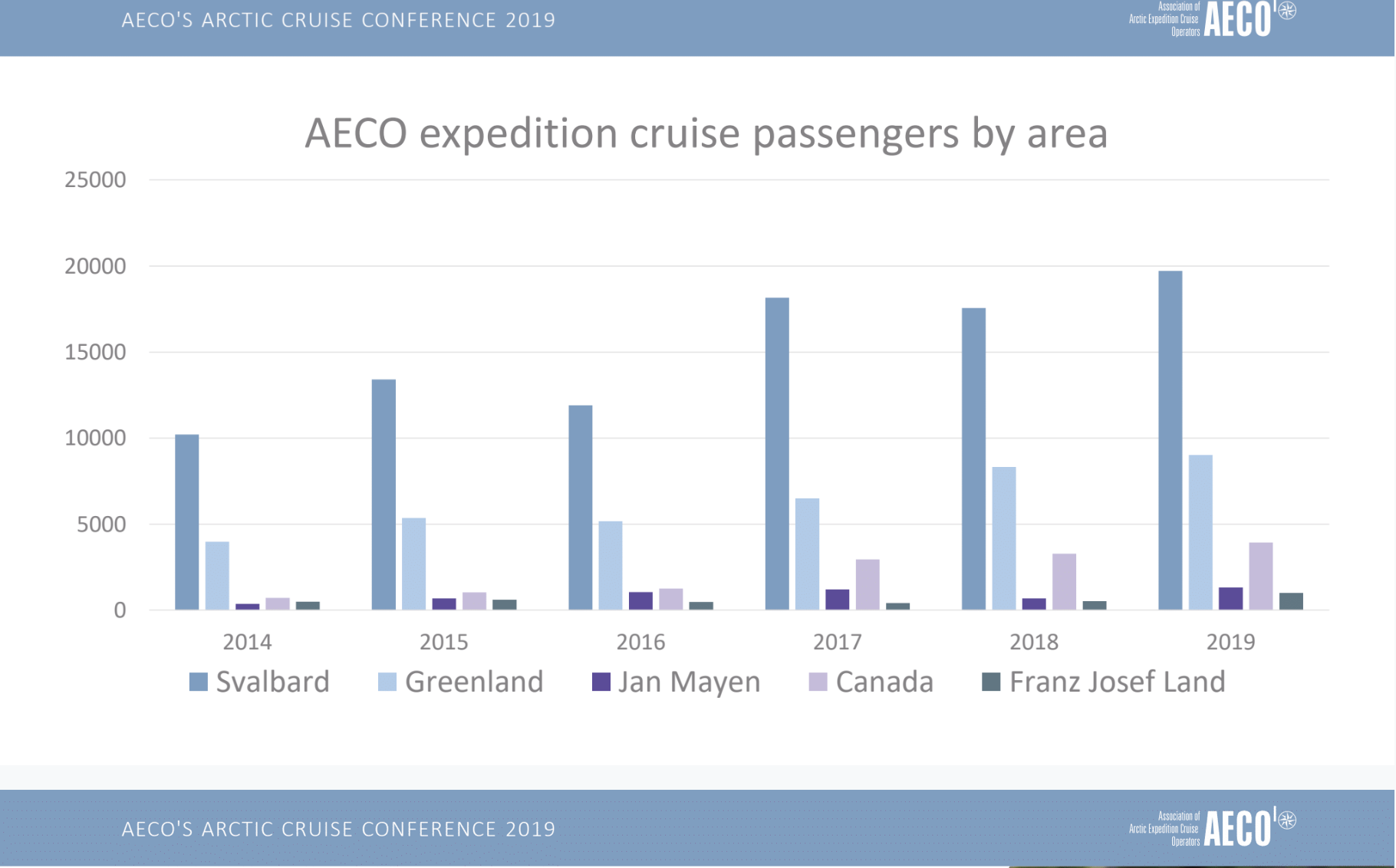 At the recent Annual Meeting of The Association of Arctic Expedition Cruise Operators (AECO), the representative of the Governor of Svalbard, Aud Andersen, emphasized the State-goal of Norway: “Svalbard should be one of the world’s best-managed wilderness areas and the best-preserved high Arctic destination in the world“. That the country in the 1990s committed to this goal, established new national parks, environmental law and the Svalbard Environmental Protection Fund can be seen as the outcome of a joint campaign of conservation NGOs and tour companies. The roots of LT&C go back to this success story and it is profiled as LT&C-Example. It is, therefore, encouraging to see how AECO today is engaged in developing various guidelines significantly advancing the 10 principles for Arctic tourism once published as WWF-Linking Tourism and Conservation in the Arctic.

AECO was founded in 2003 and has since become an important organization representing the concerns and views of Arctic expedition cruise operators. AECO is dedicated to managing responsible, environmentally friendly and safe tourism in the Arctic and strives to set the highest possible operating standards. Among , it belongs to the mission of AECO:

To ensure that expedition cruises and tourism in the Arctic carried out with the utmost consideration for the vulnerable, natural environment, local cultures and cultural remains, as well as the challenging safety hazards at sea and on land.

To agree upon and encourage the incorporation of specific standards and guidelines of operating expedition cruises in the Arctic.

To educate all interested groups and people about the Arctic and its unique environment, culture and natural history.

By 2000 when tour operators and WWF were discussing Arctic tourism development, it was estimated that Svalbard, as most visited High Arctic destination, received about 30 000 tourists per year. Since then the total numbers for Svalbard have about quadrupled. Of these, in 2018, 17 245 came on the smaller ships of AECO members performing expedition cruises to the archipelago, 45 097 on conventional cruises. Interestingly a study, presented at the AECO meeting, showed that the economic contribution of cruise tourism to Svalbard (amounting altogether at 110 million NOK) is with 4 235 NOK per expedition cruise passenger much higher than the 810 NOK per conventional cruise passenger.

Altogether Polar tourism is increasing rapidly, and every year more ships are reaching both the Antarctic peninsular and the High Arctic of Svalbard and Greenland in particular. Also, the number of vessels operated and managed by AECO members is growing permanently (see graphic above), and several more ships are at present in construction. This development leads to increasing environmental and social challenges. To manage this, AECO develops more and more specific guidelines, increasingly also for individual landing sites or settlements such as in Greenland. And the education of and rules for expedition guides is an essential topic for AECO.

At the recent AECO conference in Oslo surprisingly little was said about how their expedition cruise tourism is coping with the challenges of climate change. Although the issue is on top of global agendas and the Arctic is in particular focus as it warms up faster than other parts of the world, it is hardly answered what the individual passenger can do to compensate their climate footprint. LT&C recommends putting climate protection measures at least for the AECO Arctic Cruise Conference in 2020 high up on the agenda. Maybe AECO could even consider to engage in related projects and join forces with LT&C and our member South Pole.

When LT&C is offering study tours to the LT&C-Example Svalbard with our- and AECO-member Oceanwide Expeditions, we do this in order to get people inspired by impressive Arctic nature, make them engaging in nature conservation and increase the general awareness and chances for replication of such positive examples of tourism supporting protected areas. In regard to the associated climate footprint we expect from participants that they at least offset their carbon emissions by supporting projects which protect both climate and biodiversity. Together with South Pole we are striving to find more upscalable solutions against climate change and biodiversity loss. The new tool on our website is only a first step in that direction. 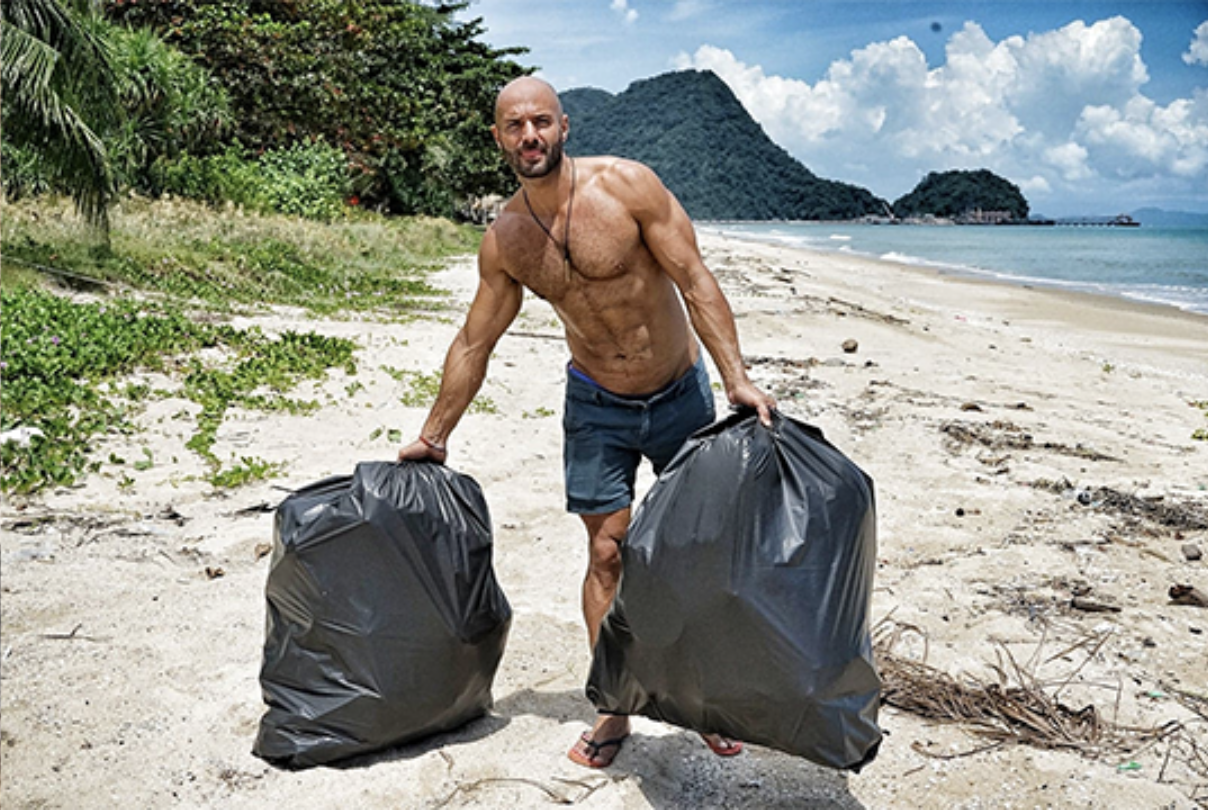 As you can read in the November edition of the SEVENSEAS marine conservation and travel magazine, Giacomo Abrusci has been awarded by the Loggerhead Marinelife Center as Blue Ambassador of the Year. SEVENSEAS Media is a Partner of LT&C, and congratulate Giacomo for this well-earned award. LT&C has recommended several times to use the free subscription of the SEVENSEAS magazine to find many good stories where tourism is linked to marine conservation. Several LT&C-Examples have been published there as well. In the following, we are re-publishing the article of the magazine about the award:

Nearly everyone in the ocean conservation community is familiar with SEVENSEAS Media. What most people do not know is that the entire organization was founded by, and is run by one volunteer individual, Giacomo Abrusci. For nearly 5 years he has tirelessly dedicated his time to elevating our community by providing a grassroots outlet for individuals to network, tell stories, share professional development and career opportunities, and even take part in networking events and beach cleanups. With 30k monthly visitors to his site and subscribers in 174 countries, Giacomo is single-handedly strengthening the capacity of the ocean conservation community by building bridges with his free resource.

Through SEVENSEAS Media, Giacomo provides tens of thousands with news and career resources, he gives an outlet for hundreds of organizations to share their good work and fundraise, and he offers virtual and in-person opportunities for direct action.

Giacomo does all this, as a volunteer, for free. Honoring him with the Blue Ambassador of the Year Award not only acknowledges his efforts but brings attention to SEVENSEAS Media where others within our community can get involved, support, or benefit from the resource.

If you would like to get involved or have ideas to collaborate, email giacomo@sevenseasmedia.org. 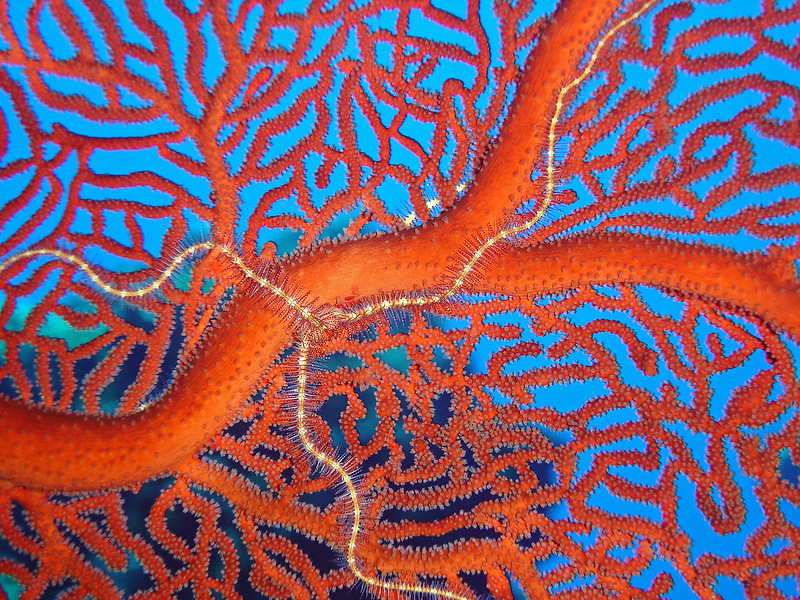 Many are already looking at 2020. The UN Convention on Biological Diversity (CBD) then will have to decide on the “Post 2020 targets” for safeguarding biodiversity on earth. As LT&C understands itself as a support organisation for the so-called “Aichi targe 11” to reach 17% on land and 10% of the oceans being protected by 2020, we will be very interested to see next year how far we have come and how much tourism has plaid a decisive role. The discussion now has already started whether we don’t need much more ambitious targes for 2030 if we really want to hold the degradation of biodiversity. For the marine environment, it is the mission of the influential network of marine scientists, Ocean Unite, that at least 30% (and not only 10%; and even that will barely be reached by 2020) should be the new target. As LT&C has sympathy for this mission and can think of making it to its own from next year, we like to reprint in the following an article from The Navigator of Ocean Unite from last week:

“2020 will also be a huge year for marine biodiversity in general – and not just on the High Seas. Along with the 2020 UN Ocean Conference, it’s crunch time for the Convention on Biological Diversity (CBD). Negotiations start on a new round between now and the COP15 UN Biodiversity Conference of hopefully ambitious biodiversity targets for 2030, in Kunming, China, October 2020. This new Global Deal for Nature couldn’t come at a more pertinent time, especially with the recent IPBES and IPCC reports putting the science front and center, nature showing us how angry it is through storms, fires and floods, and Extinction Rebellion, youth and citizens standing up around the world through all the climate marches, exploding the need for action into the public consciousness.

Negotiations for a new Global Deal for Nature got underway at the end of August in Nairobi with the first session of a working group. The next one is scheduled for February 2020. To help move the discussions along, from the 13th-15th November the CBD will be hosting a thematic workshop on marine and coastal biodiversity for the post-2020 global biodiversity framework, in Montreal, Canada. The aim of the meeting is to get views on what Ocean-related elements should be included in this new deal for a post-2020 global biodiversity framework. The outcomes of the discussions will form the basis of a report that will input into the formal discussions for the new targets.

When it comes to the Ocean, we need to ensure that this new Global Deal for Nature includes a new target that ensures at least 30% of the global Ocean is fully and highly protected by 2030. This target is nothing new – in fact – back in 2016, IUCN members voted for such a 30% MPA target at their World Conservation Congress. This #Ocean30x30 aim is a big step up from the already agreed 10% protection target the international community agreed back in 2010 to achieve by 2020. Since then, the science has become even clearer: we need to be more ambitious if we want a healthy and resilient Ocean. A connected global network of strongly protected MPAs, from the Arctic to Antarctica, and everywhere in between, will be essential to help continue and make sure the Ocean continues to provide us with food, livelihoods, oxygen, and protection from the worst impacts of climate breakdown.


Please mark payments with your name and/or email address