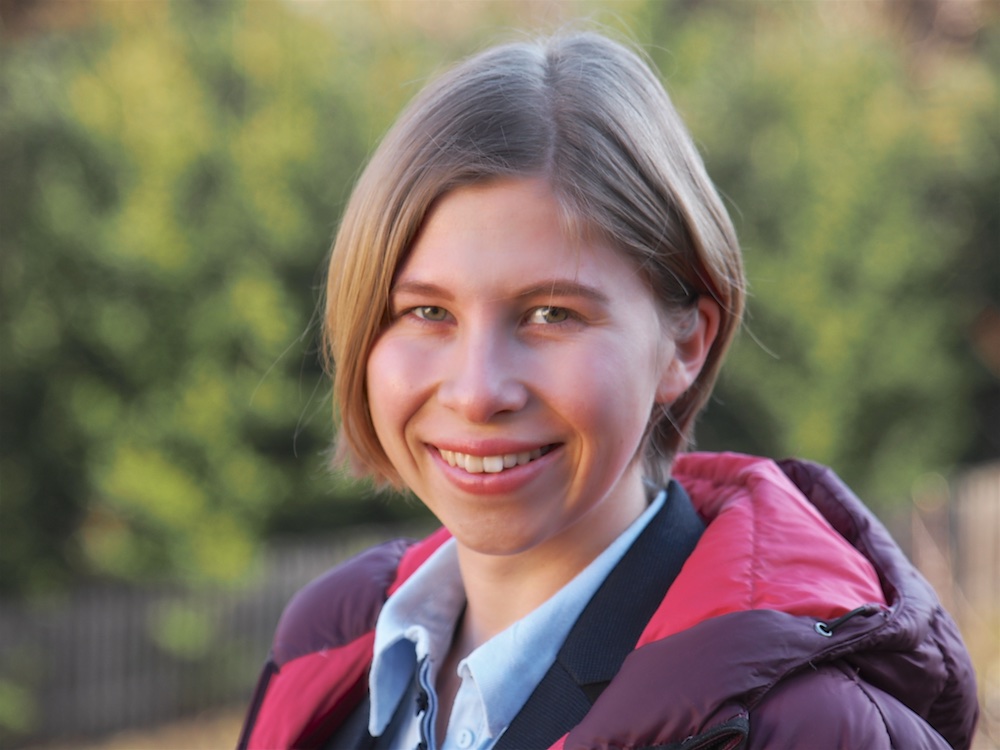 Since its recent Annual General Meeting, which took place in Ramberg on the Lofoten, the Board of Linking Tourism & Conservation (LT&C) was extended by two members: Oliver Hillel from the Secretariat of the UN Convention on Biological Diversity (CBD) in Montreal, Canada, and Anne Franze-Jordanov, sustainable tourism expert on Gothenburg, Sweden. To present them both to our audience, we interviewed them with a few short questions. Here are the answers of Anne Franze-Jordanov:

What is your personal history being involved in both sustainable tourism and biodiversity?

Biodiversity has increasingly been part of my professional life but has always been playing a big roll in my personal activities. In my I’m gardening, cultivating bees started in Agroforestry. As an activist within the transition town I’m driving education and awareness about human impact on our natural environment.

How did you follow activities of Linking Tourism & Conservation?

I met Peter 2017 while being on a hiking trip with my husband through northern Norway. He introduced me to LT&C and I was immediately intrigued. Since then I was following LT&C activities though conversations with Peter, attendance on the ITB, social media and conversations with LT&C members. Being an active member in the communications working group since summer 2018 allowed me to even co-shape LT&Cs activities.

What motivated you to become a member and now even a member of the LT&C-Board?

I believe that SDG 14 and 15 are the most important and fundamental goals of all SDGs. Using tourism as a tool for positiv change and contribution to reach these two goals is the most useful idea I see for myself, having studied tourism management. Tourism has always been there and it’s hard to stop – so we ought to make use of it wisely. LT&C is a welcoming, inclusive network of experts who have big hearts and a strong common goal which creates an incredibly positive atmosphere. It’s an honour and a pleasure to support LT&C.

What is your vision of the future of Linking Tourism & Conservation?

LT&C will be the most recognized lobbyist for nature protection in the tourism industry, supported by a broad spectrum of active members who exchange knowledge and support each other to produce best practices of sustainable tourism which promote nature protection. 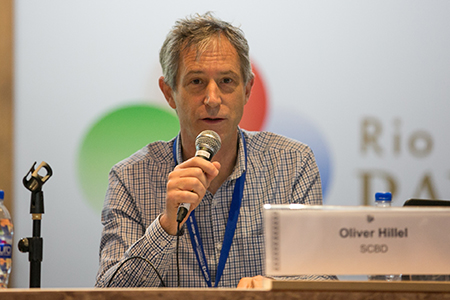 Since its recent Annual General Meeting, which took place in Ramberg on the Lofoten, the Board of Linking Tourism & Conservation (LT&C) was extended by two members: Oliver Hillel from the Secretariat of the UN Convention on Biological Diversity (CBD) in Montreal, Canada, and Anne Franze-Jordanov, sustainable tourism expert on Gothenburg, Sweden. To present them both to our audience, we interviewed them with a few short questions. Here are the answers of Oliver Hillel:

What is your personal history being involved in both sustainable tourism and biodiversity?

I’m a passionate biologist since I was about 5 years old, because I felt fascinated by it as a child and never stopped, and I had the privilege of studying marine ecology in the beautiful coasts of my home State of Sao Paulo, Brazil, though I could not find work in that area right away. As the son of immigrants, I’ve also been a traveller since I was 2 months old… And again I have been lucky to work on tourism, from different perspectives, for the last 23 year. And these two avenues came together in my current work in the Secretariat of the Convention on Biological Diversity, where I’ve been working since 2006.

How did you follow activities of Linking Tourism & Conservation?

Through Peter initially, and then as we developed more intense joint workplans and organized events, I learned more about its members and colleague Board members, and finally I’ve read the website and co-organized events and publications.

What motivated you to become a member and now even a member of the LT&C-Board?

Aside from what I shared about me in question 1, initially, I fully agree with the mission, mandates and experience of LT&C. The personal contact and admiration for Peter Prokosch as former acting head of UNEP GRID Arendal was also a factor. Subsequently and growingly I became more familiar with its work, for instance at COP 14’s excellent side event with the SIDS. I see the potential of its ideas, I’m motivated by the opportunities for collective action of its members – and I am pushed by the absolute and present threat to our own survival and quality of life due to the loss of biodiversity globally and locally.

What is your vision of the future of Linking Tourism & Conservation?

I see LT&C as a laboratory for how tourism can concretely support conservation on a global scale. That it is, already. But I see it as being much more efficient in advancing its goals and mission, and even in generating its own resources (by also encouraging the right kind of commercial tourism).

The Northern Forum has invited LT&C for its upcoming  Northern Sustainable Development Forum to co-organise a roundtable discussion on “Ecotourism and protected areas”. The event is taking place September 24-28 in Yakutsk, Sakha Republic, Russia. The Forum seeks to become one of the world’s leading platforms for discussing the issues and prospects of sustainable development of the Arctic and the North and implementing relevant projects on the 17 Sustainable Development Goals of the UN 2030 Agenda for Sustainable Development throughout the circumpolar Arctic. More information about the event you find on the LT&C calendar.

END_OF_DOCUMENT_TOKEN_TO_BE_REPLACED 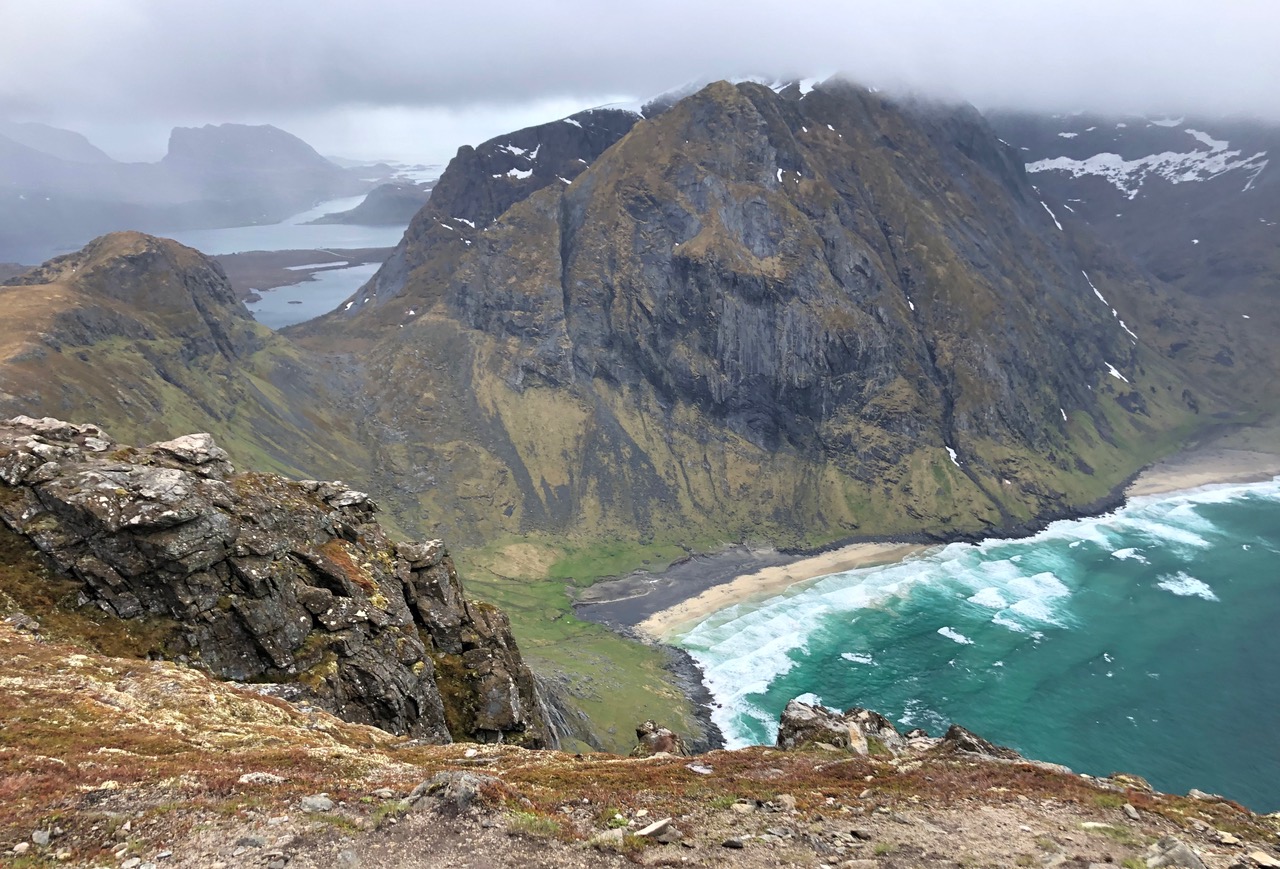 “Could the Lofoten be a candidate to become an LT&C-Example?” and “What to expect from the new Lofotodden National Park, and what could be learned from other protected areas for the further development around the Lofoten?”  were the questions a recent workshop in Ramberg, Lofoten, has dealt with. Linking Tourism & Conservation (LT&C) had invited local and foreign experts on tourism and conservation. The short answer on the first question obviously was “not yet”. For the second the workshop provided a valuable forum for exploring ideas for establishing a larger UNESCO Biosphere Reserve around the new Lofotodden national park.

The workshop took place May 31, and just one week before the new Lofotodden national park should officially be inaugurated. The decision of the Norwegian government to establish a park within the last year has been one of many discussions, as Jim Wilson from Birdlife Norway described at the beginning of the workshop. June Grønseth, Head of Naturvernforbundet in Lofoten, thereafter had a special focus on plastic pollution when talking about “What needs to be done for the protection of the marine environment around the Lofoten?”. Ornithologist Martin Eggen added other larger problems, such as climate change and certain fishing practices, which recently could have caused significant decrease of seabird populations in the area. Although he saw the establishment of the Lofotodden mountain national park as a major success, marine areas are hardly covered by the new protected area, but should get much more attention.

Tourism seen more as problem than as a positive factor

When Hanne Lykkja, Advisor to Nordland Fylkeskommune, gave a comprehensive presentation on “How could visitor strategies for the management of protected areas look like and agreed with local stakeholders?”, many problems and challenges of managing the rapidly increasing numbers of tourists came into focus. In recent years at certain tourist hotspots on the Lofoten an annual increase of tourists measured about 300%, illustrated Sigfus Kristmannsson from Lofoten Turlag and Lofoten Friluftsråd with pictures of traffic-, toilet- and pollution problems.

Can the concept of a Man and Biosphere Reserve be a solution?

When it comes to strategies for the management of visitors, the exchange of experiences with other recently established Norwegian national parks could be valuable. In this context, the director of Raet national park on the Norwegian South coast, Jenny Marie , talked about “What are the first experiences with Norway’s largest marine national park, , and what plans are there for its future development?“. From Germany, we had guest speaker Olaf Ostermann from the Environment Ministry in Mecklenburg-Vorpommern as on UNESCO Man and Biosphere (MaB) Reserves. He raised the question of whether the MaB concept could be applied for the Lofoten in order to integrate interests to protect cultural values as well as traditional and sustainable use. Several workshop participants wondered, why Norway has not yet introduced this concept, although the countries national parks mostly meet the criteria for Biosphere Reserves much more than the international national park standards. In the light of existing political discussions to protect the marine surroundings of the Lofoten from any oil development, finding sustainable ways of managing tourism and conserving traditional forms of agriculture and fishery, a larger Biosphere Reserve could be seen as the ideal solution. The newly established Lofotodden national park could become a core zone of such integrated area system.

Several participants of the workshop had the next day the opportunity at an excursion, guided by Martin Eggen, to experience the Northern part of the mountain park. They were excited by the scenic landscape and wondered, whether any ideas raised at the workshop will be taken up in the future. It still has to be seen, whether the tourism business on the Lofoten will support a protected area system, which includes also larger parts of the marine surrounding. Only then would it be possible to talk about a Norwegian LT&C-Example.

Where are good examples on the Lofoten , where tourism is linked to conservation of nature? (Sigfús Kristmannsson)