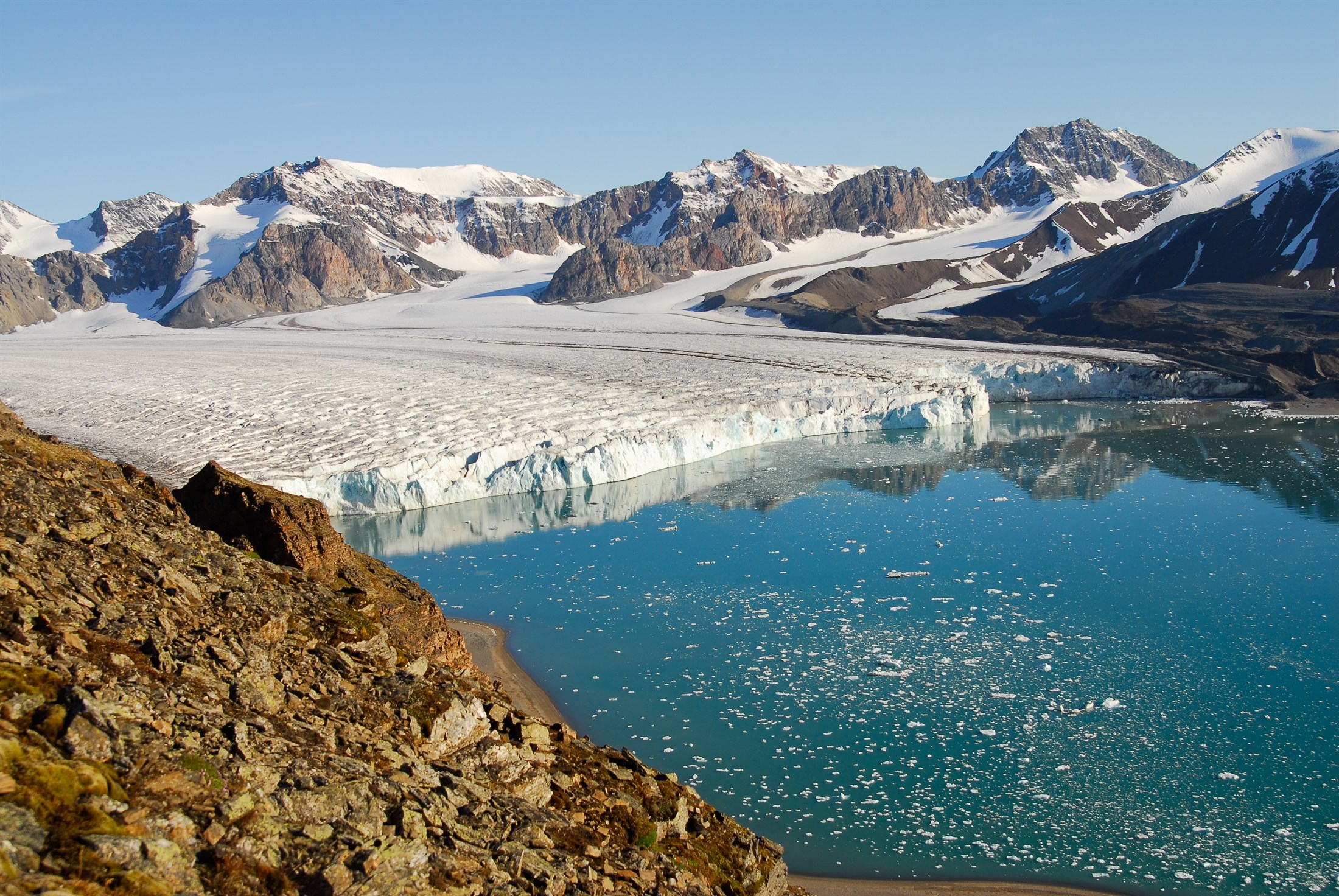 If you want to see, where LT&C once started, or if you have never been in the Arctic, or if you want to make a very special present to a friend, or if you just want to be active yourself for the environment on Svalbard, get inspired by the High Arctic nature and observe polar bears on the sea ice, you should look at the below offer of LT&C member Oceanwide Expeditions and register for the expedition through LT&C. 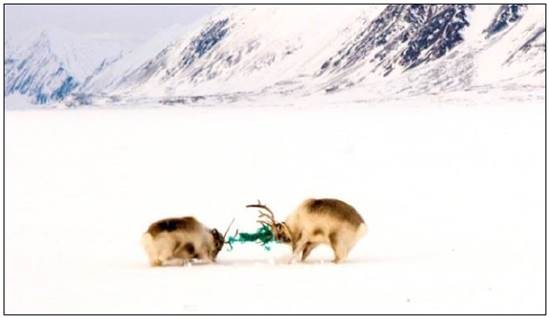 It all started in the 90s when cooperation between conservation NGOs and Arctic tour operators resulted in new national parks and improved environmental policies for Svalbard. Norway even set the goal to make Svalbard the best-managed wilderness area in the world. Building on this success, WWF with partners from tourism business and research, developed the Arctic tourism guidelines „Linking Tourism & Conservation in the Arctic“, which were distributed in several Arctic languages. The idea grew further when GRID-Arendal developed its own project „Linking Tourism & Conservation“ and integrated it into the „Global Partnership for Sustainable Tourism“ of UNEP, UNESCO, UNWTO and others.

Meanwhile several examples in the world have been described  (so called „LT&C Examples“; Svalbard is just one of them), where the cooperation between conservation and tourism had led to the establishment of protected areas or the support and improvement of their management. It is now time to make these examples better known, learn from them and identify incentives and tools to replicate or boost them.

In this context,  in recent years study tours to the Arctic have been conducted, where the LT&C concept was presented on site. Thereby tours around Svalbard, where many aspects of the entire circumpolar Arctic can be shown on one archipelago, proved to be in particular inspiring and motivating. In 2015 we are offering the LT&C-Study Tour „Cleaning the shores of Spitsbergen“ 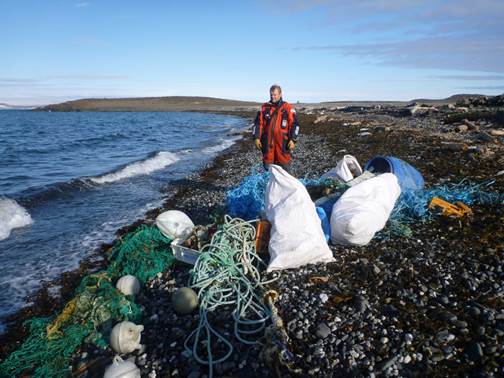 Garbage from the oceans is piling up on shores all over the world. In Spitsbergen this litter is often hazardous for reindeer, who get entangled in fish nets and die of starvation. Also shore birds, foxes and bears suffer from it. Supported by AECO (Association of Arctic Expedition Cruise Operators) and with contribution of the Governor of Spitsbergen we will clean shores in North Spitsbergen and Nordaustland with help of our passengers, who will get equipment and instructions for the cleaning. We propose that 50 passengers clean in the morning, while the other 50 have their excursion in an other area. In the afternoon the two groups will change roles. It will be an adventurous experience. Often we will not be able to clean a certain area, because of roaming bears.  Then we have to move to an other area and we will come in areas, where we have never been before. 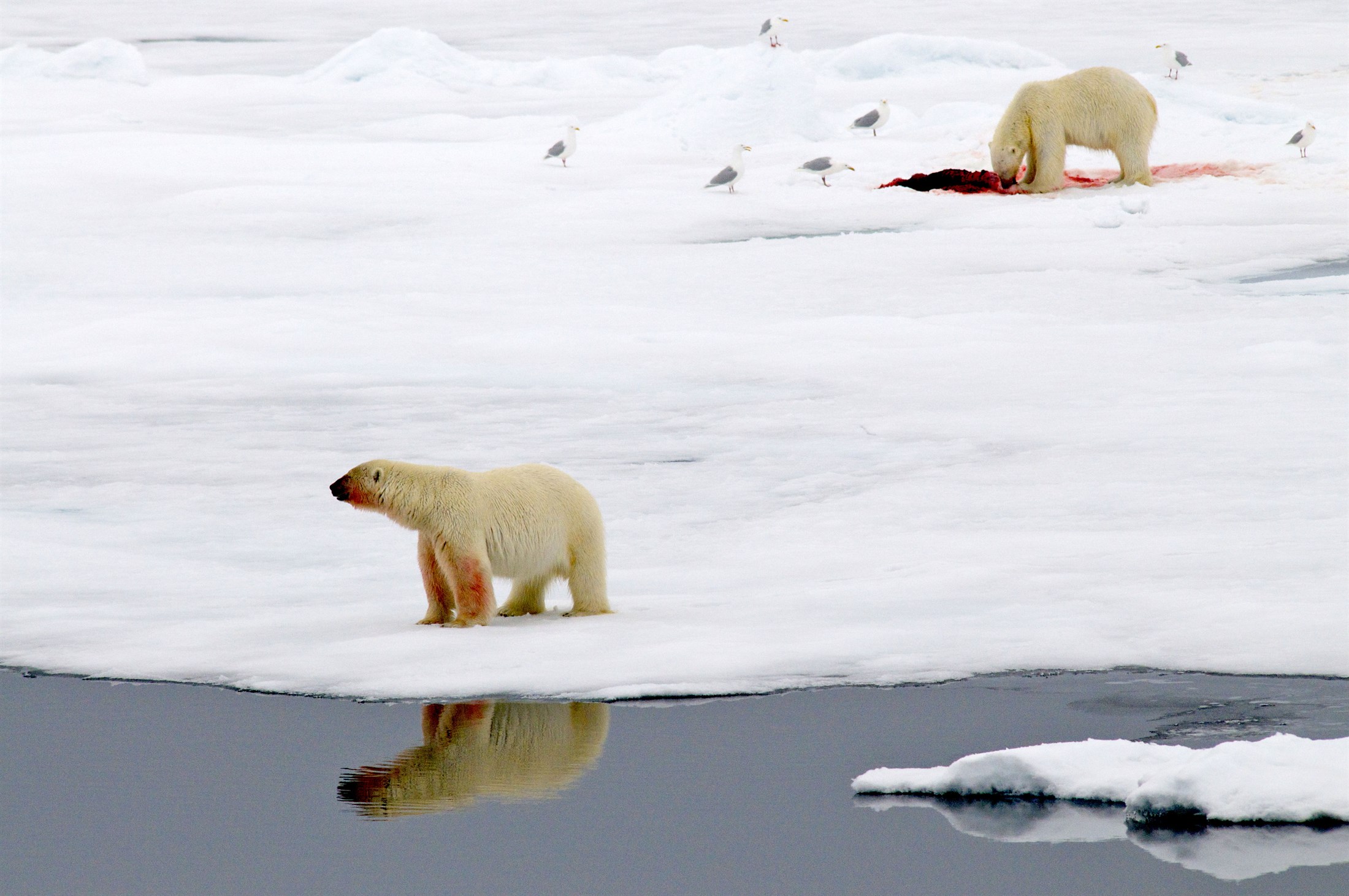 On this special working voyage Oceanwide Expedions has reduced the prices with 20 % compared  with the original rates. This is a voyage in the late Arctic summer (good chances for different whale species, seals, polar bears and nice light conditions), which is not often offered by tour operators.

Our Dutch tour-operating partner and LT&C member, „Oceanwide Expeditions“, who has participated during the last 20 years in cooperation with conservation organisations and Linking Tourism & Conservation, I have agreed to bring an own group of conservation minded passengers on board the M/V Ortelius to perform this important action, experience the high Arctic nature and learn about Svalbard as an LT&C example, how tourism is supporting national parks.

This will happen  August 28 – September 04, 2015 (7 nights) and starts in Longyearbyen, goes to North-West- and probably East Svalbard and returns to Longyearbyen.

You find a description of the voyage on the Oceanwide Expeditions web site: On the GRID-Arendal web site you find photos of earlier study tours to Svalbard. You may also look at the short videos, where participants of expeditions to Franz Josef Land and Svalbard talk about their experiences.

If you are interested in this Arctic LT&C study tour, you only need to express your interest to us and let us forward your name and contact to the tour operator and LT&C member Oceanwide Expedtions. You then will be contacted by the tour operator, who will do the booking with you on the following discounted prices (given in Euro):

These prices have been recently lowered by 20% in comparison with our earlier information, because directly connecting flights to Longyearbyen are not available anymore. You therefore have to calculate additional days of accommodation in Longyearbyen. If you are a member of LT&C or just become one you still get a further discount of 10% on these prices.

Let us know your interest as soon as possible, and you are very welcome to spread the information also to others you know that may be interested in experiencing pristine high Arctic nature and learn how tourism can support nature conservation.