Penguin No 100 is the first one from Canada 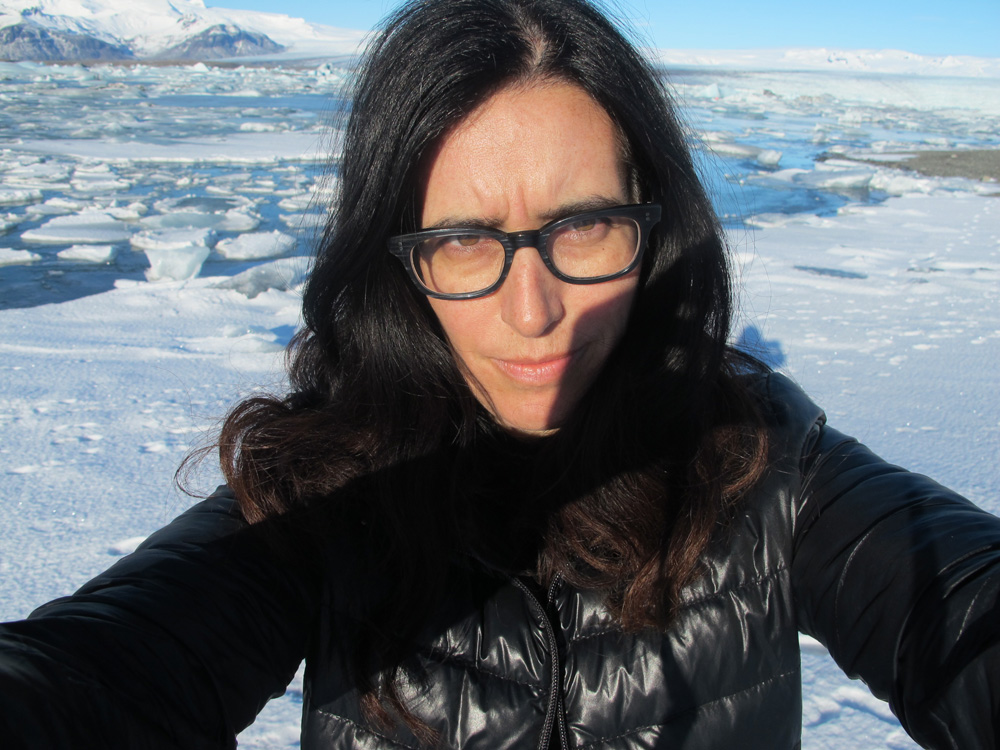 Within the first 20 months of Linking Tourism & Conservation’s existence our world population of LT&C-penguins (members) has been constantly growing. As visible on our world map penguins are distributed over all continents, although with more dense sub-populations in Europe. As the roots of LT&C are in the Arctic it is no wonder that our penguins are getting more and more common in Arctic countries. However, we missed so far penguins in the important and second largest Arctic country, Canada. We are therefore particular happy that LT&C-Penguin No 100 is from Canada: Carol Devine. Carol joined the LT&C study-tour “Cleaning the Shores of Spitsbergen” and told on board her own exciting life story, which is heavily related to the Polar environment, particular the Antarctic (where the real penguins belong to). She could have placed her LT&C penguin also on the Antarctic continent.

We herewith welcome Carol in our global network of like-minded penguins engaged in Linking Tourism & Conservation. Please read, what she says about herself and her relations to our mission:

“I’m a lucky person born in Canada and with wonderful opportunities I was able to see parts of my beautiful country and this incredible world we all share. My parent’s curiosity about the geography, botany, history and culture of a region inspired my curiosity. I recognized my own wanderlust. I wanted to travel mindfully and with purpose

In my lifetime I recognize I will only see a tiny fraction of the globe and I also know that our biosphere is in trouble. The disequilibrium we feel and know about from science is also our causing and also can be addressed by us.

I’ve always thought that tourism can and should overlap with conservation. The two are interrelated and perhaps too often seen as distinct entities and activities. But any gap is necessarily closing through groups such as LT&C members.

In my twenties after graduating with a Masters of Science in the “Politics of Rights” I really wanted to go to Antarctica and to contribute to protecting it. I was aware that some people felt no one should go to this continent dedicated to peace and science and I debated a bit with myself too. But I thought already less than 1% of the world’s population will going to the vast icy place and that if I were to go I should think about with whom and how. I would also become an ambassador. When I travelled with a conservation angle or main project, each time I revelled being out doors and active, contributing.

Most people who did go to Antarctic were specialized scientists or people working for national Antarctic programs. Visiting Antarctica as tourists was of course possible twenty years ago also but trips were relatively expensive. Thoughtful tourism to Antarctica with a thoughtful tour company was something I wanted to find.

In fact I didn’t find what I thought I wanted. Instead with fantastic people and a supportive tour operator I helped create what the Antarctic experience I dreamed of. I had the chance to run a unique pilot program to Antarctica that you can say was linking tourism to conservation. I was directing a small non-profit organization (The VIEW Foundation) that did environmental work projects with partners. The partners identified the task we civilians would help them.

With fifty-four volunteers over one austral summer season in 1995/6 we did a clean up at Russian research station, collaborating with The Russian Antarctic Expedition. We would have to tread very lightly on land but also giving the researchers their distance.

A friend with lots of Antarctic experience had suggested there was copious garbage to clean up in Antarctica: this was 1994 just at the time several countries were adopting the Environmental Protocol to the Antarctic Treaty (It was adopted in 1991.) This was a chance for civilians to support the spirit and letter of the Treaty: international collaboration on environmental protection.

What we did was an experiment and a tiny bit of cleaning relative to the garbage in Antarctica and in the surrounding seas. But the pilot project and the people involved told us areas we had cleaned had dramatically improved. We also discussed a lot about the potential negative impact of our presence, how to mitigate it and we documented our impact and we detailed the humble cleaning output we accomplished.

These questions and results were also healthy questions we and the volunteers discussed during the recent cleanup we participated in on Svalbard. I obviously don’t think visiting a place with some conservation activities is going to 100% protect a place forever but I do believe and have witnessed that people caring for a local landmark or region can prolong its life immeasurably – maybe even save it. It’s a constant task. 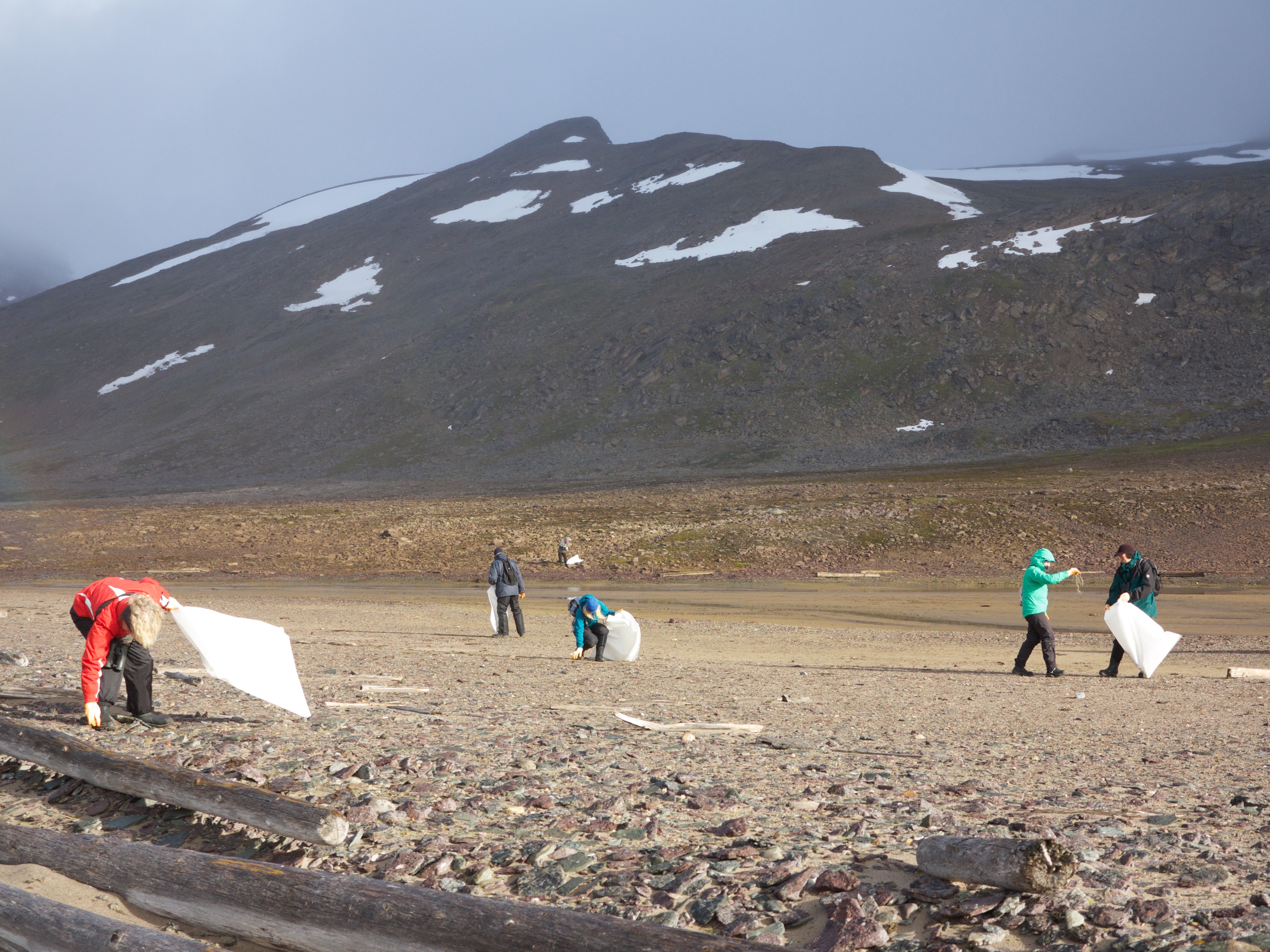 Tourism is happening and it will happen in poor economic times and better economic times, to varying degrees. How much tourism and what kind of tourism are important questions for urban areas as well as ‘wild’ and protected areas from Iceland to the Galapagos. Linking tourism and conservation is an important concept, a practice and an attempt at equilibrium.

I also believe that through tourism we meet new people and share ideas on current problems, solutions and the diversity of people and nature. How we act with local populations, economies and environments as much as what we do when there is also significant. So to me conservation also has a cultural respect aspect too.

I’m happy to have become a member of LT&C, and I believe the first Canadian member. I’m inspired to meet individuals and groups that are doing this linking, and to help make more links and share and disseminate the values of the organization.”