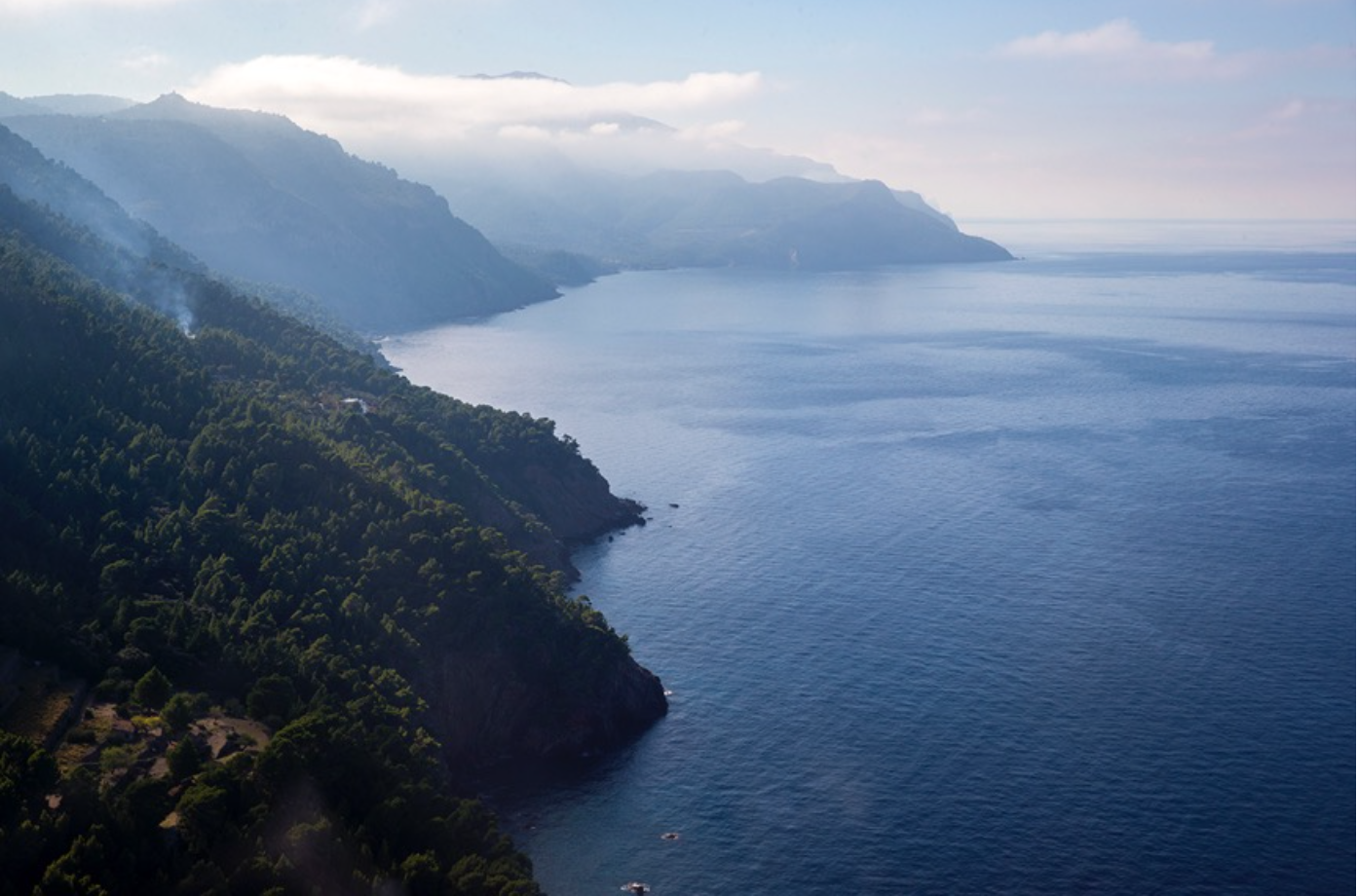 LT&C is delighted to forward these great news we got from our partner Mission Blue. Mallorca and the Balearic Islands are best known as a hot spot for tourism. That they are linked to a network of marine protected areas is probably much less known. Whether this case can also be featured in the future as a functioning LT&C Example we will be interested to investigate more. First let’s see the original news from Mission Blue:

Dr. Sylvia Earle, Founder and Chairman of the Sylvia Earle Alliance (S.E.A.) and Mission Blue, has named the Balearic Islands a Hope Spot—a special place worth safeguarding as a marine protected area for its importance to the health of the Mediterranean Sea.

The announcement came during Dr. Earle and the Mission Blue team’s visit to Mallorca from November 10-12 in collaboration with Asociación Ondine and with the support of Stefan and Irina Hearst. Dr. Earle gave a lecture outlining the main aspects of her Mission Blue Hope Spots initiative at the Hotel St. Regis Mardavall upon announcing the new Hope Spot. She said:

This is the first part of the Mediterranean that has been designated as a Hope Spot, so why not use this as a springboard—as evidence of what caring can yield—an idea worth spreading. It’s a concept that pays dividends. It’s a step in the direction of expanded protection that is sanctioned by rules and regulations or government action of some sort, but we don’t have to wait for that to make a difference. When people care, good things happen and that is what’s happening here with the work of so many people. Some areas are officially designated but we must grow that concept and share the benefits of protecting the assets of the Balearic Islands and the ocean at large and understanding how they connect back to people in every walk of life. We want to celebrate by putting the spotlight on the people’s work here in the Balearics. It can be a source of hope and inspiration for others to do the same thing. That would be my hope and wish here, for people to share the good news about what they feel has been a good thing that has happened because they have taken action.

“My hope is that we stop treating the ocean like something that you are not part of,” said Stefan Hearst, a founding supporter of Asociación Ondine and its partnership with Mission Blue. He continued, “Inform yourself, and understand how important it is as a sustainable system for one’s own health. It would be tragic if we killed the ocean and thus killed ourselves in the process. We must be smarter. I know we can; we have gone to space and cured illnesses. We can do this! The ocean is waiting to be discovered by one and all.”

Mission Blue is an initiative of Dr. Earle that aims to generate public support for a global network of marine protected areas to safeguard 20% of ocean by 2020.

Before this announcement Mission Blue had identified 58 Hope Spots with only one in European waters (Norway) and none in the Mediterranean. Mission Blue and Asociación Ondine carefully analyzed the ecological value ​​of the Balearic Islands and considered their importance in the context of the Mediterranean before naming the archipelago a Hope Spot. Brad Robertson, President at Asociación Ondine, explains:

The Balearic Archipelago is a beacon of hope the Mediterranean. The Mediterranean is a historical sea that has been, unfortunately, largely overlooked by marine conservation groups over the years and now is the time to acknowledge that this extremely important body of water must be celebrated, appreciated and loved. We are extremely proud of what our local and mainland governments have been protecting over the past years here in the Balearics and super excited that Dr. Sylvia Earle and her Mission Blue team have declared our little patch of Mediterranean paradise a HOPE SPOT—The first Hope Spot in the Mediterranean! Asociación Ondine is committed to work closely with our local authorities, businesses and communities to amplify the protection and improvement of our wonderful home, the Balearic Archipelago.

The Balearic Islands consist of Mallorca, Menorca, Ibiza and Formentera. This archipelago is strategically located in the middle of the western Mediterranean, within the Balearic Sea, and subjected to the influence of currents from the northwestern Mediterranean and others of Atlantic origin. The Balearic Sea has a good representation of the habitats existing along the Mediterranean, as well as a high biodiversity. There are valuable Posidonia oceanica seagrass meadows, accounting for more than 46,000 hectares, and the ones between Ibiza and Formentera were declared a UNESCO World Heritage Site in 1999. Pollution, sedimentation and poor water quality have not notably altered the habitats. Commercial fishing causes the primary impacts to the ecosystem, but the status of commercial fish stocks is considered to be better than those from most of the Mediterranean. The south of the Balearic Islands is an important area for sea turtles (mainly the loggerhead Caretta caretta, which is threatened by longlines), cetaceans, and a spawning area for endangered bluefin tuna (Thunnus thynnus). Some areas have also been identified as hot spots for other endangered species such as the white skate (Rostroraja alba). The Balearic Basin reaches depths below 2,000 meters, where researchers have documented a variety of deep sea fish species including the Mediterranean spiderfish (Bathypterois mediterraneus). The Balearic Islands also represent the only nesting area to the Balearic shearwater (Puffinus mauretanicus), one of the most threatened marine birds in the world.