Can the planned Raet National park outside Arendal, Norway, become an LT&C-Example ?

“Can the planned Raet National Park outside Arendal, Norway, become an LT&C-Example, where tourism is supporting the establishment and development of the park?” was the framing question of a recent workshop at Linking Tourism & Conservation’s (LT&C’s) headquarters in Arendal. LT&C-members from Singapore, Thailand, New Zealand and Norway as well as representatives of local tourism, political parties and research were looking at the present plans for the national park. One outcome of the workshop suggested that: the regional planners could most probably learn from the successful links, processes and synergy of marine protected areas (MPAs) with tourism in New Zealand.

Thomas Kiland-Langeland, the lead planner for the Raet national park of the Governor of the East and West Agder County, presented the latest stage of the plans. The new plan includes some compromises in the lineation of the park borders at land, due to local opposition to the first plan by land-owners and political parties. In addition, the plans from the beginning made for the 600km2 marine park did not follow international national park standards set by the International Union for Conservation of Nature (IUCN). . Hence, this would entail the establishment of very minor no-fishing zones while hunting would still be allowed. 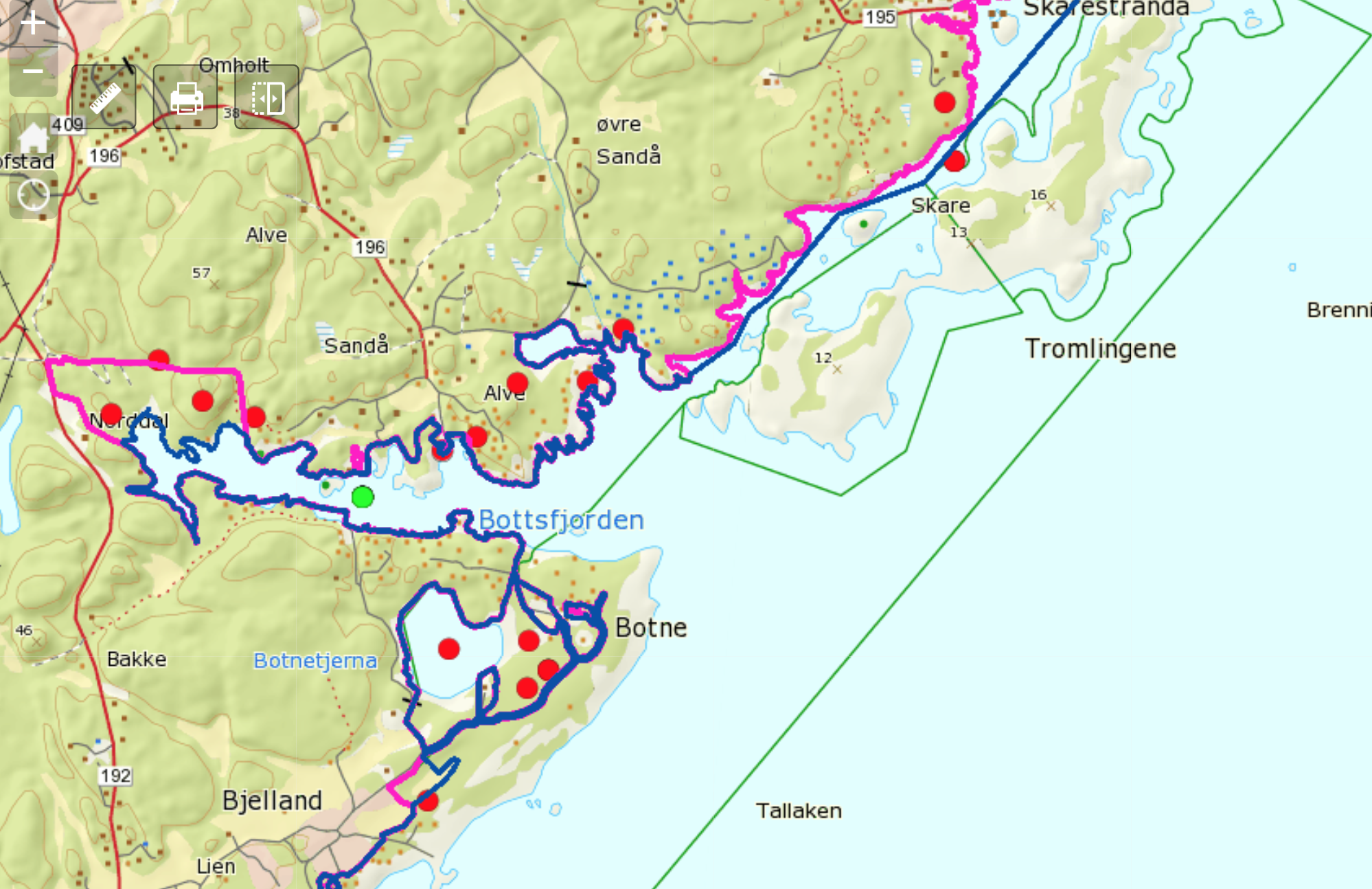 Rune Sævre from the party SV therefore expressed major skepticism whether the new plan with additional compromises under the name “national park” will actually be beneficial for the protection of the valuable biodiversity of the Arendal coast. However, Kiland-Langeland stressed that the Norwegian legislation makes it possible to include fishery related MPA regulations in the National Park at a later stage, due to the way Norwegian legislation is set up.

Russell Taylor, LT&C-member and ecologist from New Zealand, provided examples from his home country on the other side of the globe, where the development of marine protected areas (MPAs) has resulted in major win-win-wins for tourism, fishery and nature. Important to this success was that the MPAs are “no take” zones and that fishery was not allowed in the MPA. Surrounding fishery benefited from the spillover of increased fish populations, size of individuals and species diversity due to the protection afforded by the MPA. The local fisherman were supported to transit very successfully to tourism activities. The culmination of the years of experience and realizing the significant benefits from the numerous MPAs have resulted in New Zealand presently planning to establish the world’s second largest MPA, including a series of islands located north of the North Island.

Even Moland from the Norwegian Institute of Marine Research underpinned the findings from New Zealand with his fishery studies in the South Norwegian Skagerrak and local waters. Fish populations within no-fishing zones tend to increase with increasing age and size of fish, which provide a positive effect on the local and national fishery.

The representatives of the local political parties showed major interest in these kind of findings. They all expressed major enthusiasm for establishing the Raet national park and count on major benefits for the local tourist industry. Geir Frederik Sissener, the leader of the Arendal opposition party Høyre, emphasized the importance of having a real vision.

The LT&C initiated and facilitated workshop enabled many members of the interested parties to participate in dynamic, informative and beneficial discussions that may have helped to increase the local understanding of the values of marine protected areas, and the benefits the Raet national park may have for tourism. In addition, this workshop provided a conducive environment for learning and sharing about the different interests and possible misunderstandings between stakeholders, so much so that a shared goal can be achieved through a dynamic democratic process.

We hope that these discussions will continue and that the collective expertise and desires for positive outcomes will result in an excellent Norwegian example of a beneficial MPA.

If you want to let LT&C know about your ideas to support a positive development of the Raet national park, you can use the below form:

Virtuell Conference on ACHIEVING 30X30 FOR COASTS, OCEANS AND COMMUNITIES

Join the East Atlantic Flyway Youth Forum 2021!  “Taking off #ForNature from Africa to the Arctic”

UN Biodiversity Conference, COP 15 CBD, has started – the wellbeing of humanity for generations to come is at stake

Snorri Baldursson passed away on September 29. We lost our

Vamos Expeditions is an adventure and ecotourism operator in Peru