Bahamas reached the 10% Marine Protected Area goal, half its own 20% goal 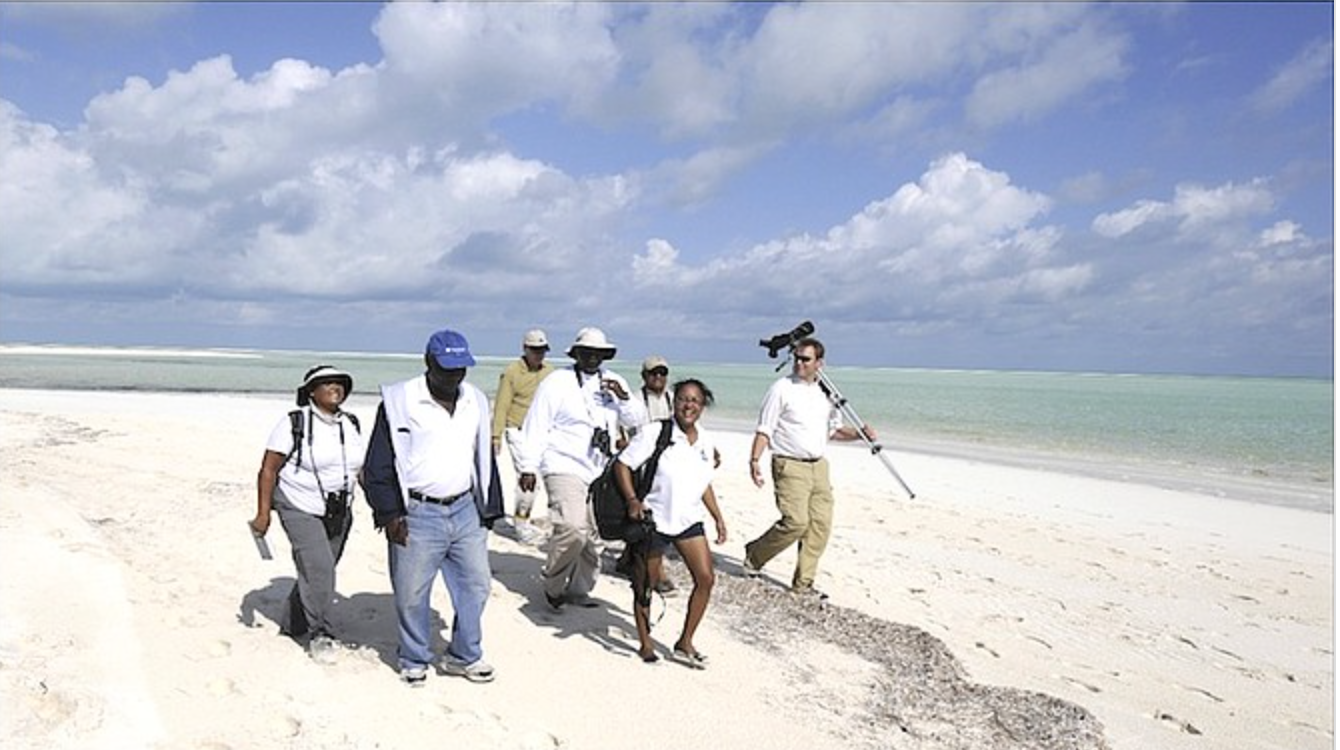 LT&C likes to share what Tribune242 reported from THE BAHAMAS: The country is halfway to meeting its commitment to protect at least 20 per cent of its marine environment by 2020 and making steady progress towards its target, Environment Minister Kendred Dorsett said this week. In the new national parks they “tremendous potential as an area for ecotourism and can generate significant revenue from bird-based tourism”. Thats way it fits into the frame of the LT&C mission, and it will be interesting to see, when and whether we can profile these case as LT&C Example.

The further text is taken from Tribune242, pictures from the Audubon Society, which plaid a major role, and from the Bahamas National Trust:

Announcing new marine protected areas (MPAs) in several islands on Tuesday, Mr Dorsett said The Bahamas is continuing to be a leader in the arena of protected area designation.

“Protected areas constitute an important stock of natural, cultural and social capital, yielding flows of economically valuable goods and services that benefit society, secure livelihoods, and contribute to the achievement of the Millennium Development Goals,” Mr Dorsett said. “Moreover, protected areas are key to buffering unpredictable impacts of impending climate change. As a low-lying archipelagic ocean-nation, The Bahamas is mindful of the effect that sea level rise and climate change will impact our way of life and survival if immediate and significant global action is not taken.”

Mr Dorsett announced that the government, realising the cost of managing protected areas, increased its subvention to the Bahamas National Trust in the 2015 budget. “Additionally, the Bahamas Protected Area Fund has been legislated and implemented. I am advised that The Bahamas is the first country to enact legislation establishing a legal trust fund dedicated specifically to financing protected areas management,” he said.

“Today, we have set the foundation for the protection of approximately of 7.5 million acres of land, nearshore and marine environment. This includes the new San Salvador National Parks announced in April of this year and in total exceeds the target of 2.5 million hectares set for our Global Environment Facility full-sized MPA project, thus achieving the protection of 10 per cent of our nearshore and marine environment.

“This major achievement and commitment moves us closer to our national goal of protecting 20 per cent of our near shore and marine environment by 2020.”

The Bahamas National Trust said it was “ extremely pleased” that the new national parks and marine protected areas has been created. Larry Glinton, President of the BNT, said yesterday: “We are especially excited about the inclusion of Joulter Cays, which will provide much needed support to our thriving fly-fishing industry while also protecting the critical wintering habitat of several endangered shorebird species.”

#Mr Glinton went on to note that “the Joulter Cays also has tremendous potential as an area for ecotourism and can generate significant revenue from bird-based tourism”. The BNT and the National Audubon Society are developing a programme that will allow local residents to take advantage of the opportunities.”

#Audubon also hailed the designation of the Joulter Cays as a haven for the winter homes of endangered Atlantic Coast shorebirds.

The Joulter Cays National Park covers nearly 114,000 acres of uninhabited islands and sand flats. Its designation will prohibit sand mining and protect traditional recreational and commercial uses in the Joulter Cays, a popular winter destination for 13 bird species including piping plovers and red knots. The national park hosts the largest congregation of piping plovers outside the United States, according to Audubon.

“This is a great victory for heroic birds that don’t know borders,” said David Yarnold, the society’s CEO and president. The announcement comes as officials also recognised a new hummingbird species on Great Inagua called the Inagua Woodstar.

#The new additions to the protected areas system are: