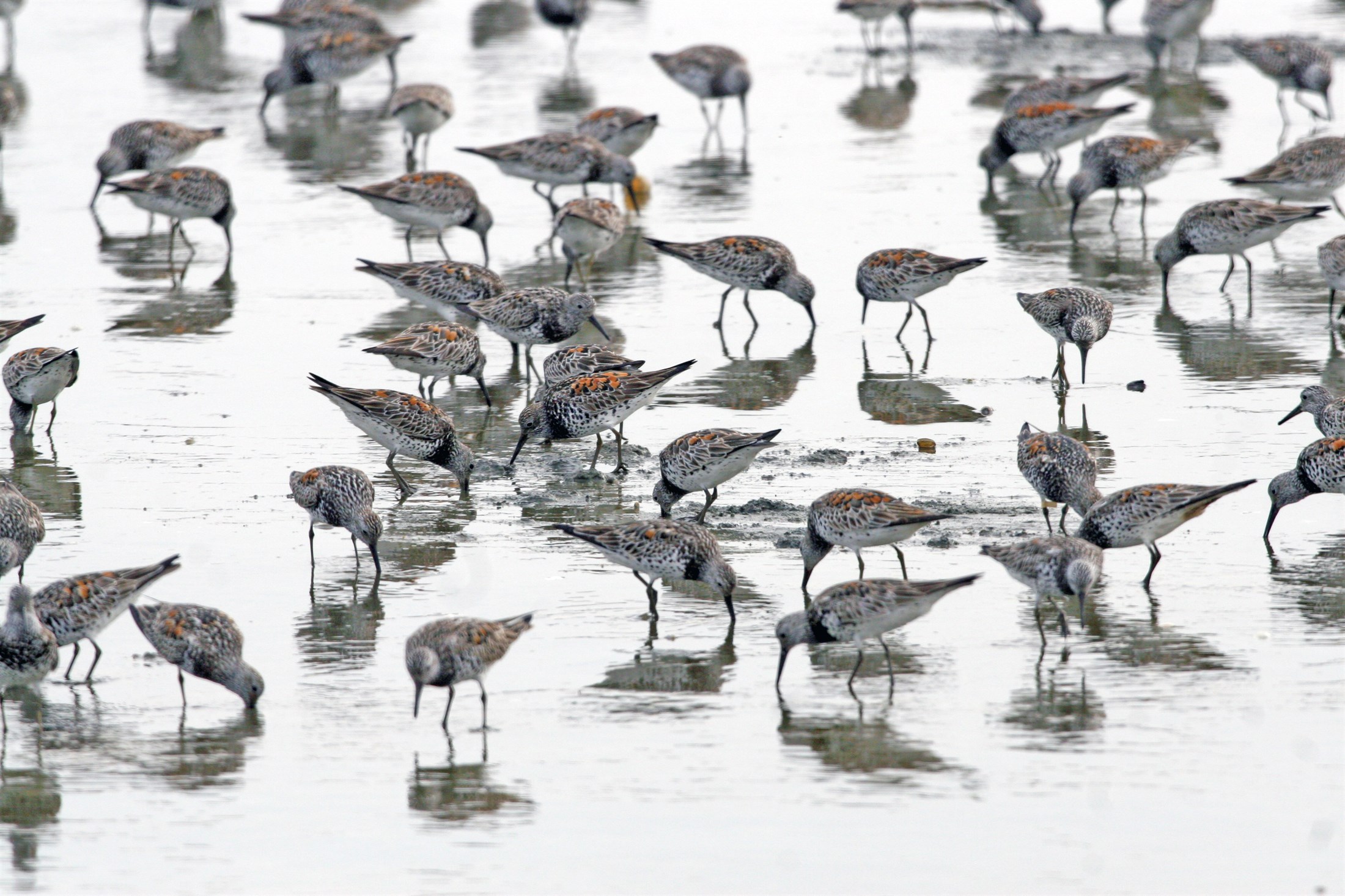 Three years ago LT&C reported on the World Conservation Congress calling for World Heritage nomination for the intertidal zone of the Yellow Sea. And last year on the good news that China will halt land reclamation along its coast. Two weeks ago LT&C reported having joined a coalition of 62 urging for UNESCO World Heritage status of Chinese parts of the Yellow Sea. Now, at World’s Environment Day (July 5), the positive news from session 43 of the UNESCO World Heritage Committee, meeting June 30 – July 10 in Baku, Republic of Azerbaijan, reached us: the nomination of the “Migratory Bird Sanctuaries along the coast of the Yellow Sea-Bohai Gulf of China” has passed Phase 1. China is now allowed to prepare Phase 2 and is encouraged to “coordinate its plans for nominations with other States Parties in the flyway, in relation to the potential for future transboundary serial nominations, and/or extensions, that more fully reflects the habitat needs and patterns of use of migratory birds across the wider Yellow Sea area.”

There are clear signs of a positive movement in the right direction. And if the goal will be reached to get this area of crucial importance for millions of Arctic shorebirds on the East Asian-Australasian Flyway protected, it will be due to a huge international coalition joining forces here. As one of the various actions 62 organisations and other representatives of nature conservation, including LT&C, had signed a letter to the UNESCO World Heritage Committee requesting final steps to implement this status for the “Migratory Bird Sanctuaries along the Coast of Yellow Sea, Bohai Gulf of China” as Phase I on the way to a more comprehensive and trans-boundary approach, including all three countries, apart from China also the two Koreas.

Initiatives to protect the internationally important but highly threatened tidal flats of the Yellow Sea of China and Korea came among other from the LT&C-Example Wadden Sea.  As the trilateral Wadden Sea achieved the status of a World Heritage Site, and its tidal flats are of crucial importance for millions of Arctic shorebirds using the East-Atlantic Flyway, so has the Yellow Sea a comparable role for the East Asian-Australasian Flyway.

The Wadden Sea would not have achieved its current protection status, including national parks and a UNESCO-approved Word Heritage Site, if millions of tourists had not been educated over time in the information centers and guided tours on the mudflats about its significant natural values.

Most importantly, the East Asian-Australasian Flyway Partnership (EAAFP) has become a powerful example of of regional governments together with national and international conservation NGOs. It will be seen in the future, whether the tidal flats in all three countries of the Yellow Sea will be properly protected and how much tourism will play a positive role in achieving this globally important goal.

We also like to thank Nicola J Crockford from RSPB/Birdlife International for her great coordination work to bring 62 organisations and other representatives of nature conservation together to sign the letter to the World Heritage Committee, which can be downloaded here. The decisions of the 43rd session of the World Heritage Committee regarding new nominations can be found in this document. 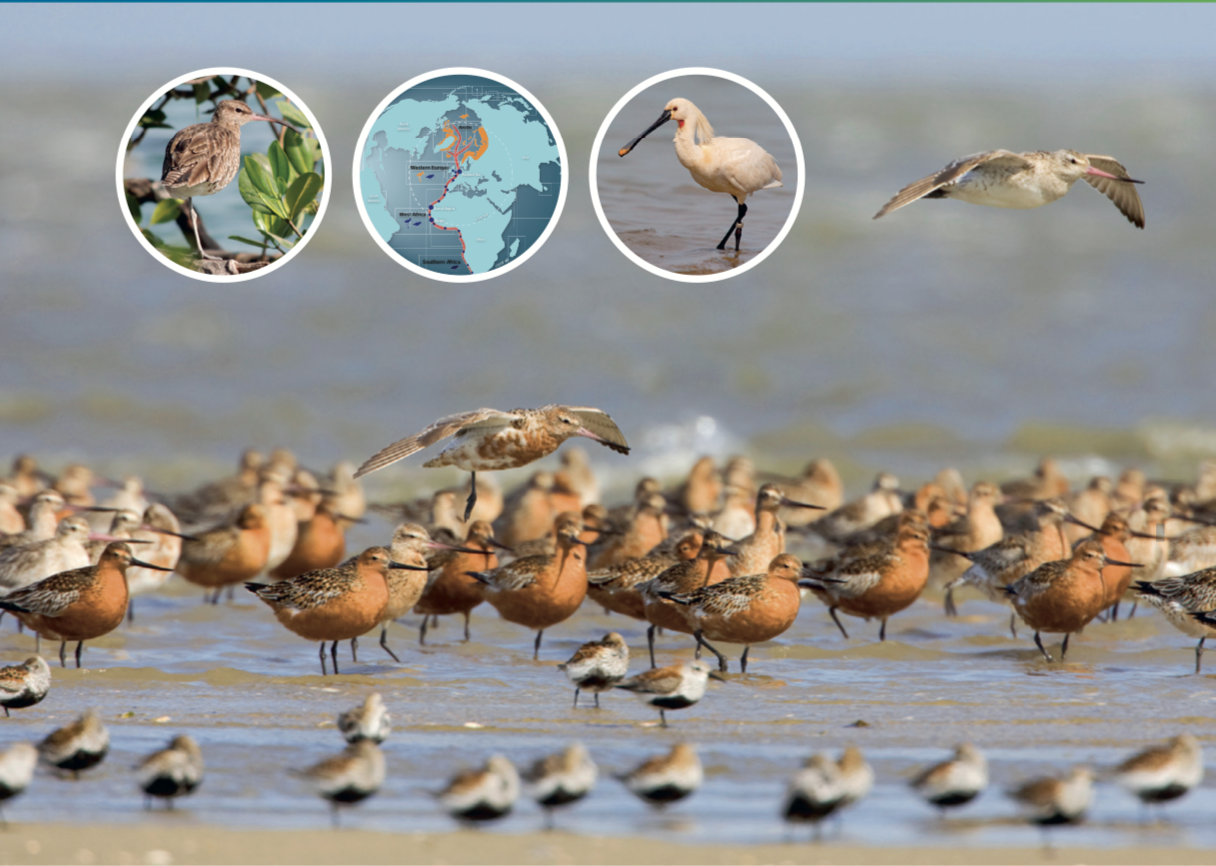 Ideally, the initiative will lead to more complete protection of a chain of key areas along the flyway, whether these are wintering areas of coastal birds in West-Africa or breeding areas in the Arctic. In several cases, nature-based tourism could become an important supportive factor. One of the next occasions, where opportunities for linking eco-tourism and protected areas, specifically in the Arctic, will be discussed, is a Round Table event at the Northern Sustainable Development Forum, September 24-28 in Yakutsk, Sakha Republic, Russia. One example to be discussed there could be the LT&C initiative for a national park on Taimyr. 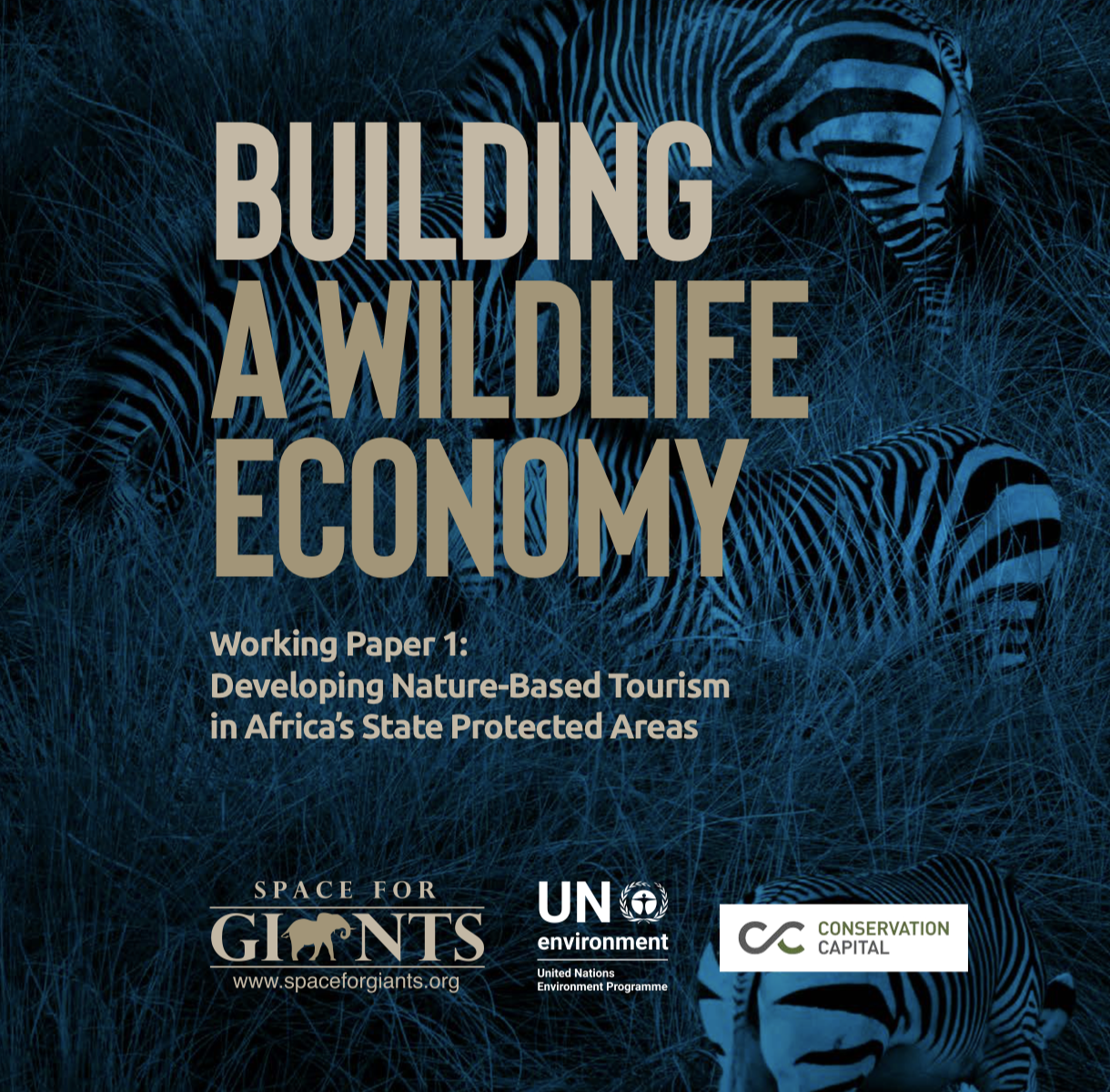 African countries could increase tourism earnings from protected areas by between four and 11 times in the coming decade. This is the key finding of a working paper, which is the first in a series produced by Space for Giants and UN Environment entitled ‘Building a wildlife economy’. The series has been commissioned to inform a framework for the African Union and its member nations for the optimum use of wildlife to diversify and expand their economies, strengthen the livelihoods of their citizens, and achieve ecological resilience in the face of pressing modern social and environmental challenges. Conservation Capital the lead technical authors of this Working Paper. For Africa, the paper covers perfectly what Linking Tourism & Conservation (LT&C) is about. It will be certainly of great interest for our African members, who themselves contribute to the picture described in the assessment.

The following excerpts of the summary as well as the graphics are from the working paper:

The global tourism industry accounts for one in ten jobs and 10.4 % of GDP or $8.8 trillion annually. It accounted for one of every five new jobs created over the last five years, globally. Nowhere on the planet is tourism growing faster than in sub-Saharan Africa, where the number of hotels has doubled in just four years. By 2030 the number
of international tourists to Africa is projected to jump from 62m to 134m people. This rate of growth is potentially transformative because already tourism comprises 8.5% of the continent’s economy supports 24m jobs.

Wildlife is the single biggest driver for Africa’s tourism growth. The United Nations World Tourism Organisation found that 80% of annual sales of trips to Africa were for wildlife watching: people wanting to visit the natural ecosystems that contain some of the last great wildlife spectacles left on Earth, including populations of terrestrial megafauna that are globally unique. In doing so, these tourists provided a powerful financial boost to the African countries that succeeded in attracting their custom.

The most thorough study conducted into the financial impact of nature-based tourism has found Africa’s 8,400 Protected Areas are generating $48 billion in direct in-country expenditure. This demonstrates that significant financial opportunity is available to the African governments that protect, market, and develop their natural assets in the right way for the tourism market – and that financial opportunity is only predicted to grow significantly.

The research undertaken for this Working Paper revealed that while Africa’s unique diversity of wildlife and habitat has the potential to radically transform the continent’s economy, this exceptional asset is being rapidly degraded. For Africa’s Protected Area Network is underfunded by up to ten times the required level. One recent study, warned as much as $2 billion more is needed if the continent’s surviving lions are to be maintained. There is an urgent need to identify sustainable funds to maintain the natural landscapes that are not only driving Africa’s economy but are also supporting the ecosystem services on which all life on Earth depends.

Nature-based tourism is not only a solution to this funding gap but if implemented correctly, it has the potential to significantly improve the livelihoods of citizens. 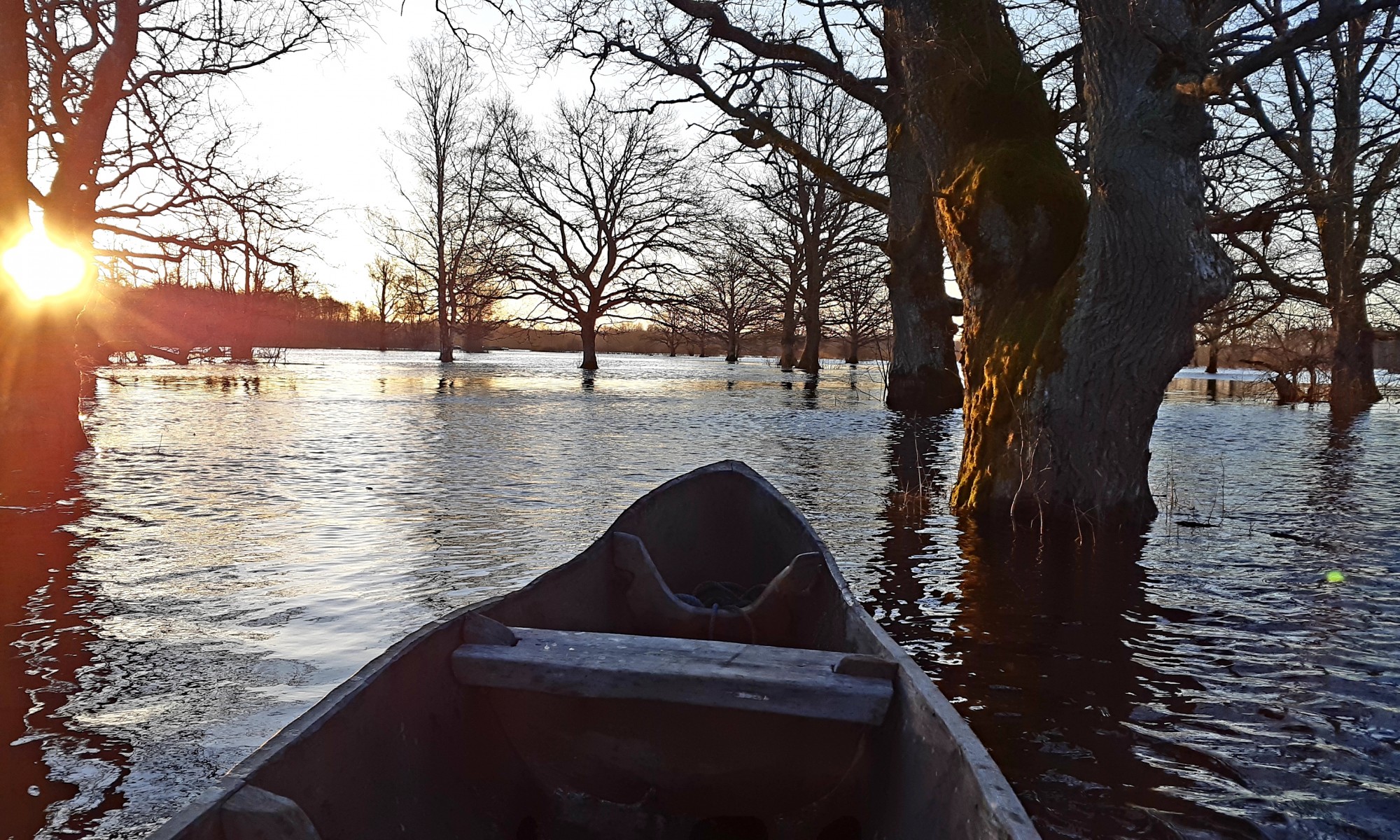 Soomaa.com is a small local nature tourism business, that has been in business for 25 years in Soomaa national park. They promote the natural values and conservation aims through interpretation and education of our customers (both domestic and international) while taking them to guided canoe trips on rivers and guided hikes in forests and on bogs. They also contribute to the preservation and sustainable use of cultural values by promoting local dugout canoe heritage. Knowledge of building aspen dugout canoes is a living culture, that has survived in the remote villages of Soomaa due to the regular natural floods, called “the fifth season” by local people. Since 1996 we have organized boat building workshops.

Soomaa national park (established in 1993) is a large wilderness area, home for large carnivores such as brown bear, lynx and wolf. Soomaa was certified by PAN Parks in 2009 and joined a European-wide network focusing on the protection of wilderness areas, the continent’s most undisturbed areas of nature. The company Soomaa.com became Local Business Partner of PAN Parks, together with six other businesses, demonstrating their high environmental standards and commitment to wilderness protection. The company actively contributed to the creation of a Sustainable Tourism Development Strategy of the national park.

The local guides of Soomaa.com are passionate about the nature values of Soomaa national park, they do actively promote the preservation of these values and the conservation aims of the national park.

Soomaa.com is constantly improving its work by taking into account the feedback from customers, as well as by networking with other nature tourism businesses in different protected areas nationally and internationally.

In 2017 Soomaa.com initiated and organized an international conference to discuss the issues of tourism in protected areas and to exchange good practices. Tourism businesses from Estonia, Latvia, Lithuania, Ukraine and Slovenia participated, an there are plans to organize a similar forum also in the future. 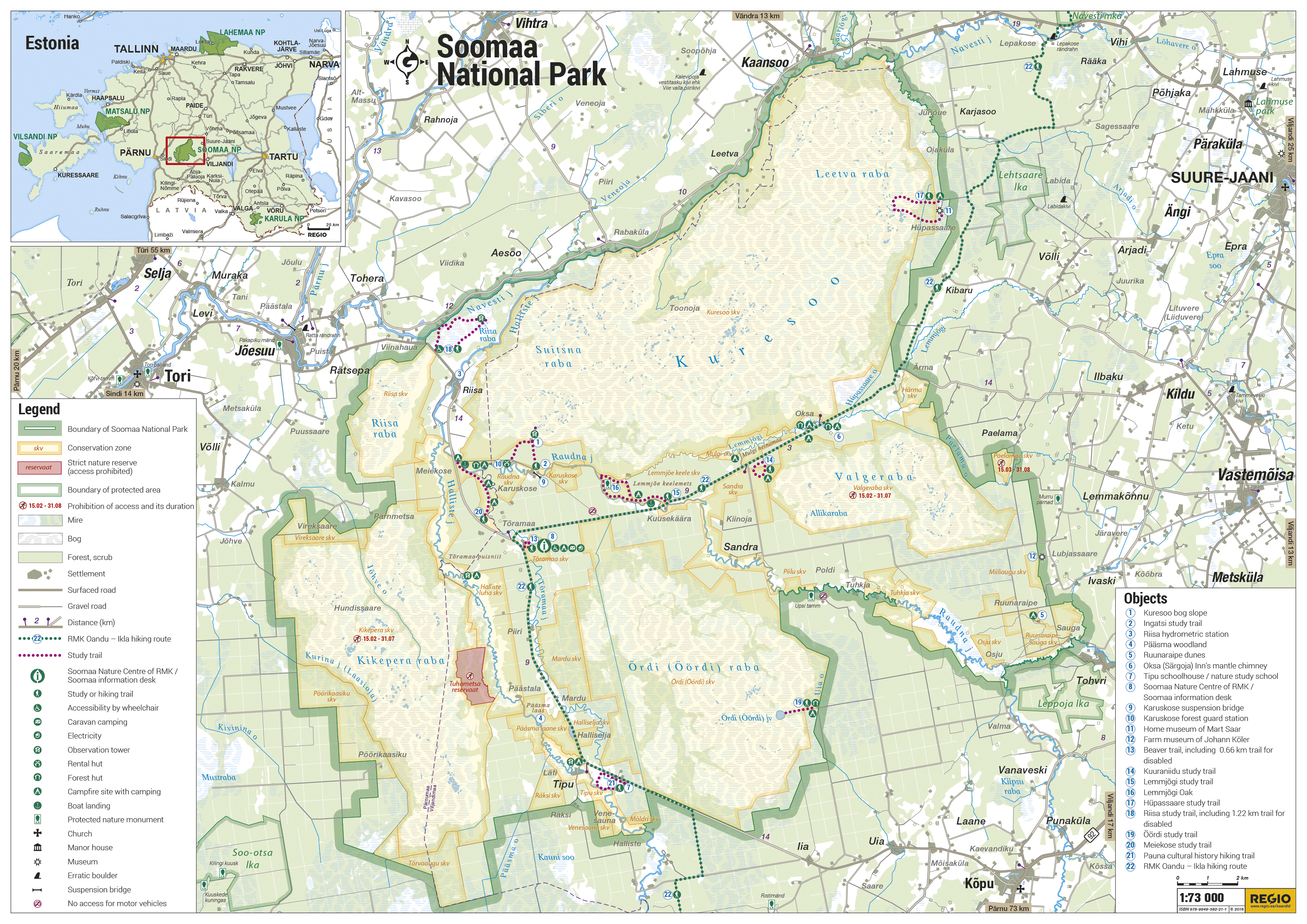 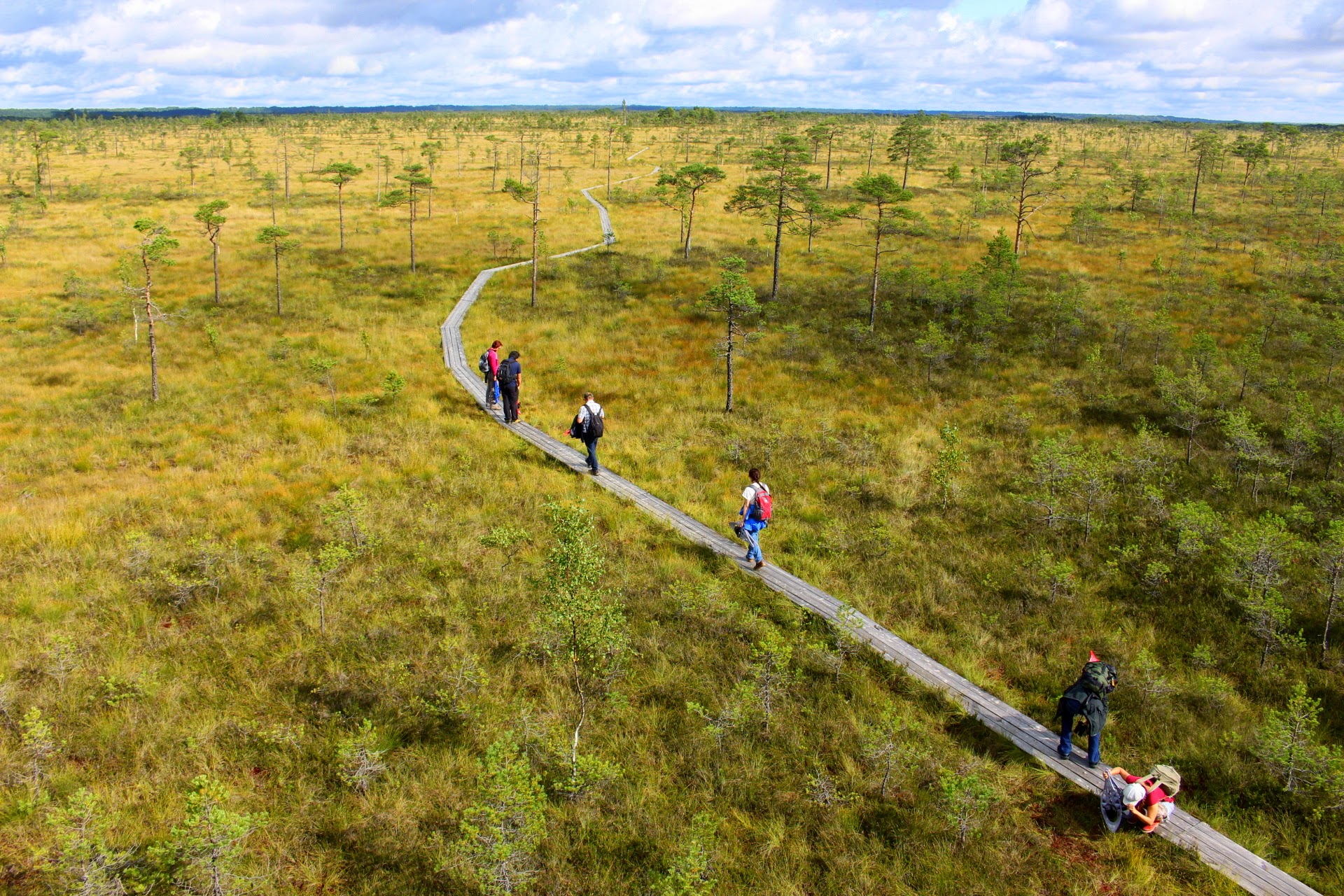 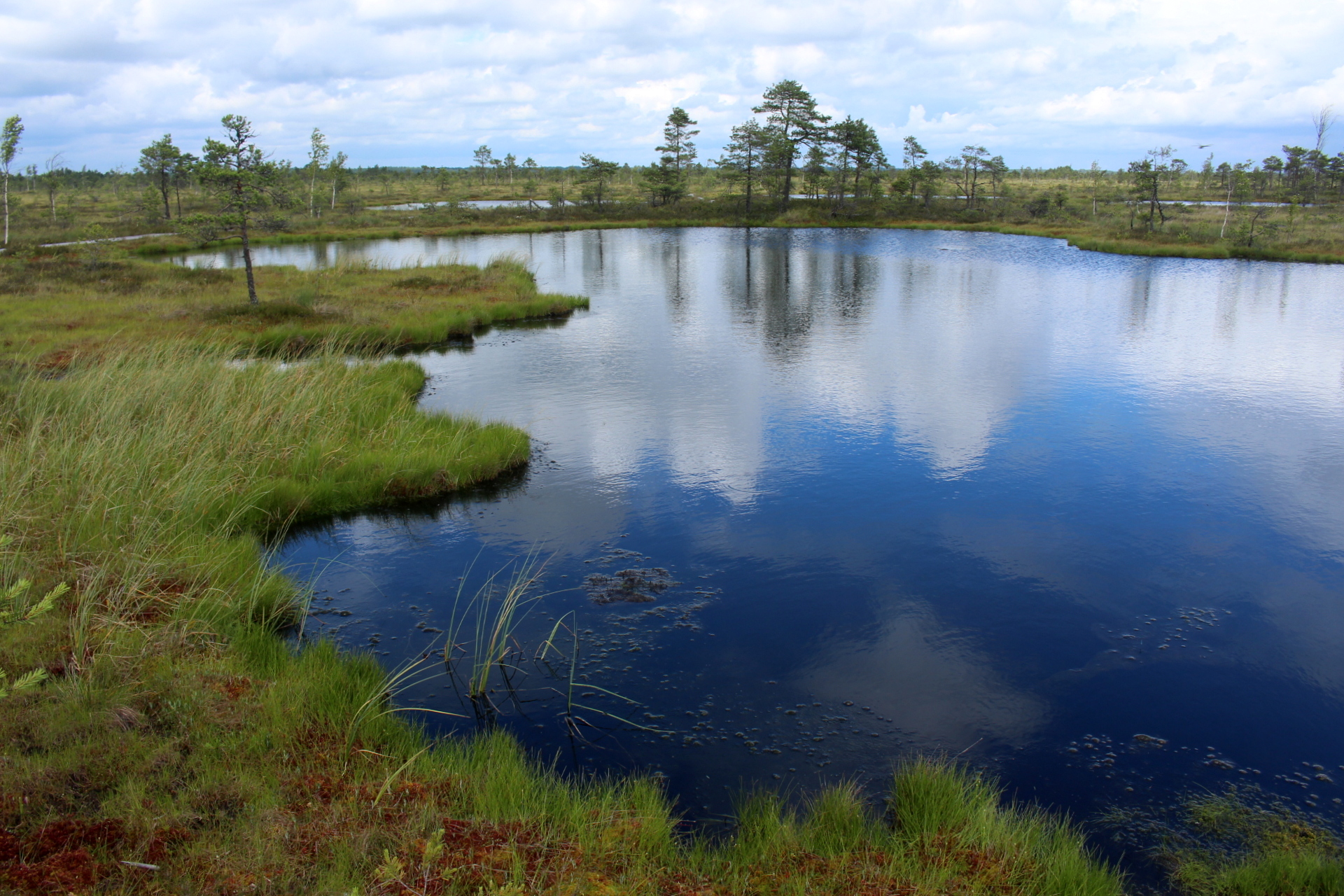 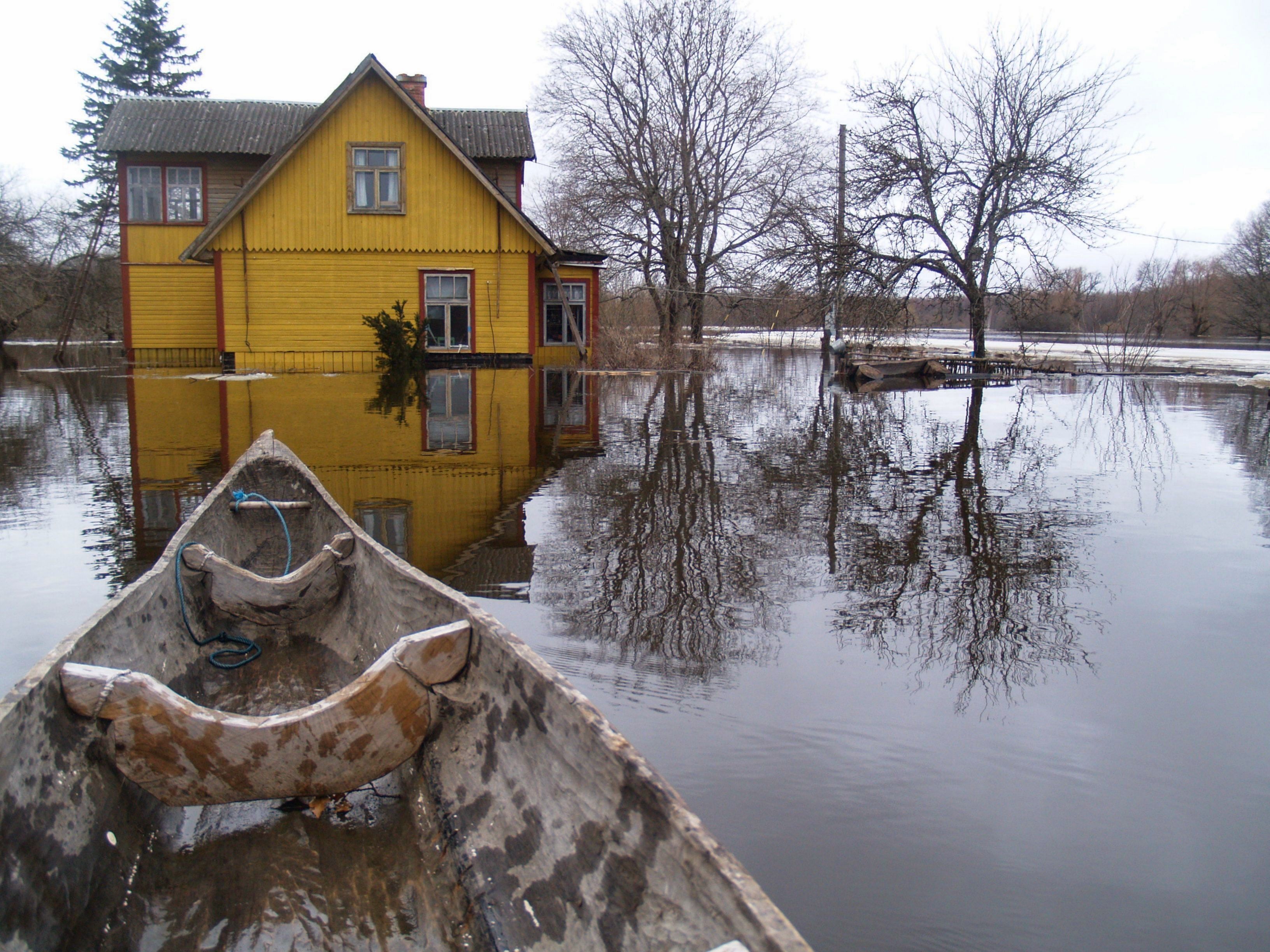 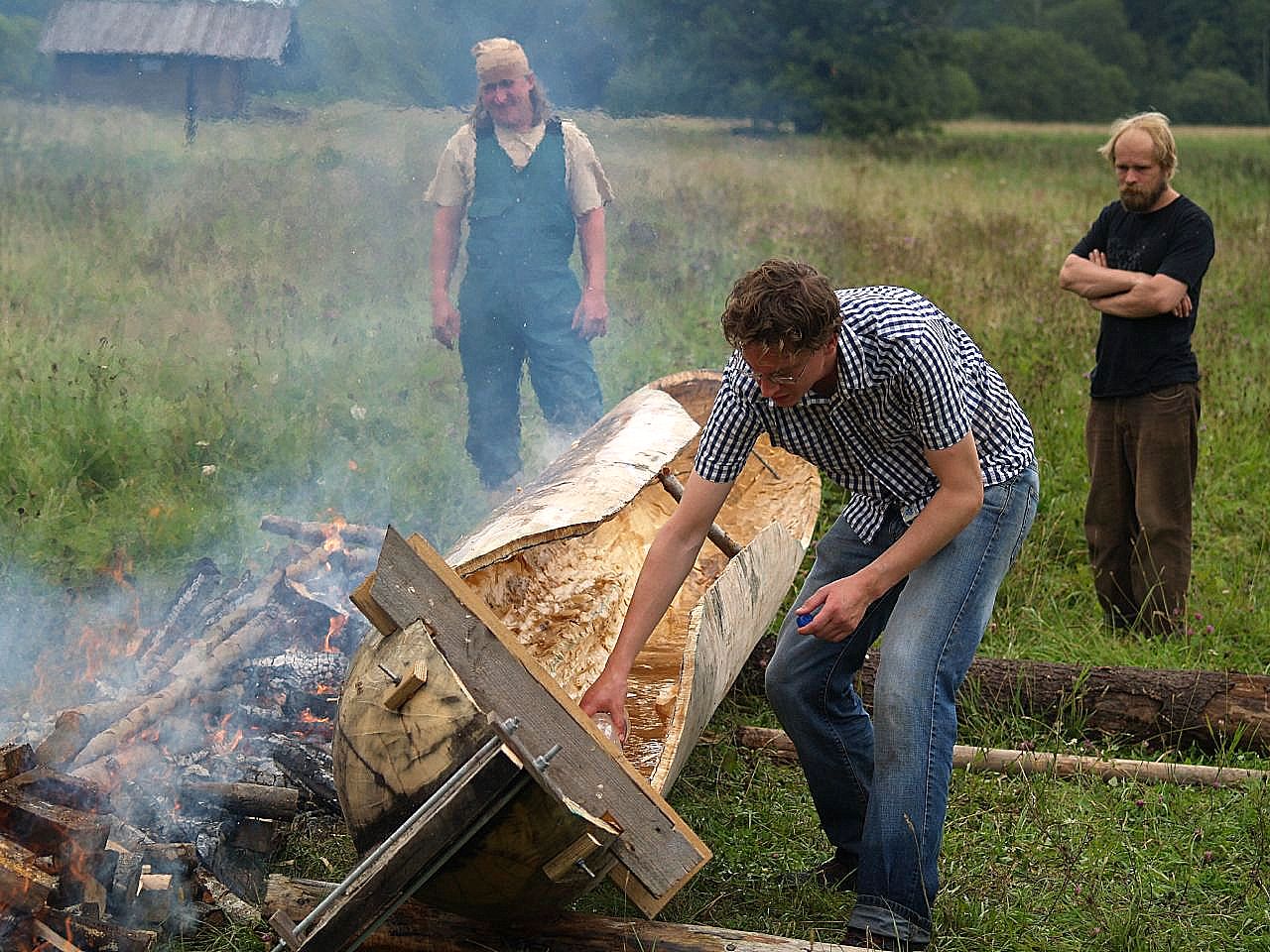 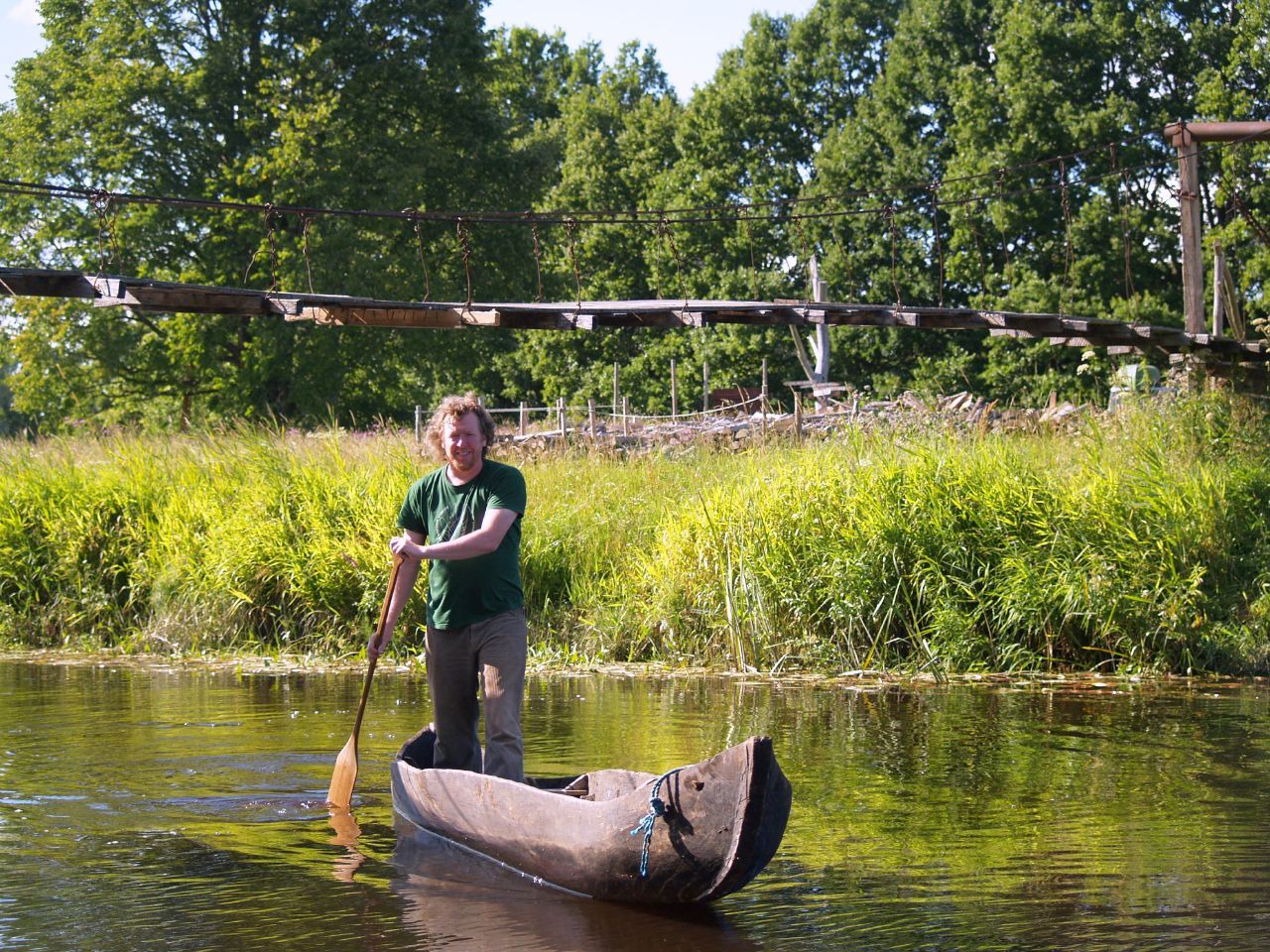 Aivar Ruukel in his dugout 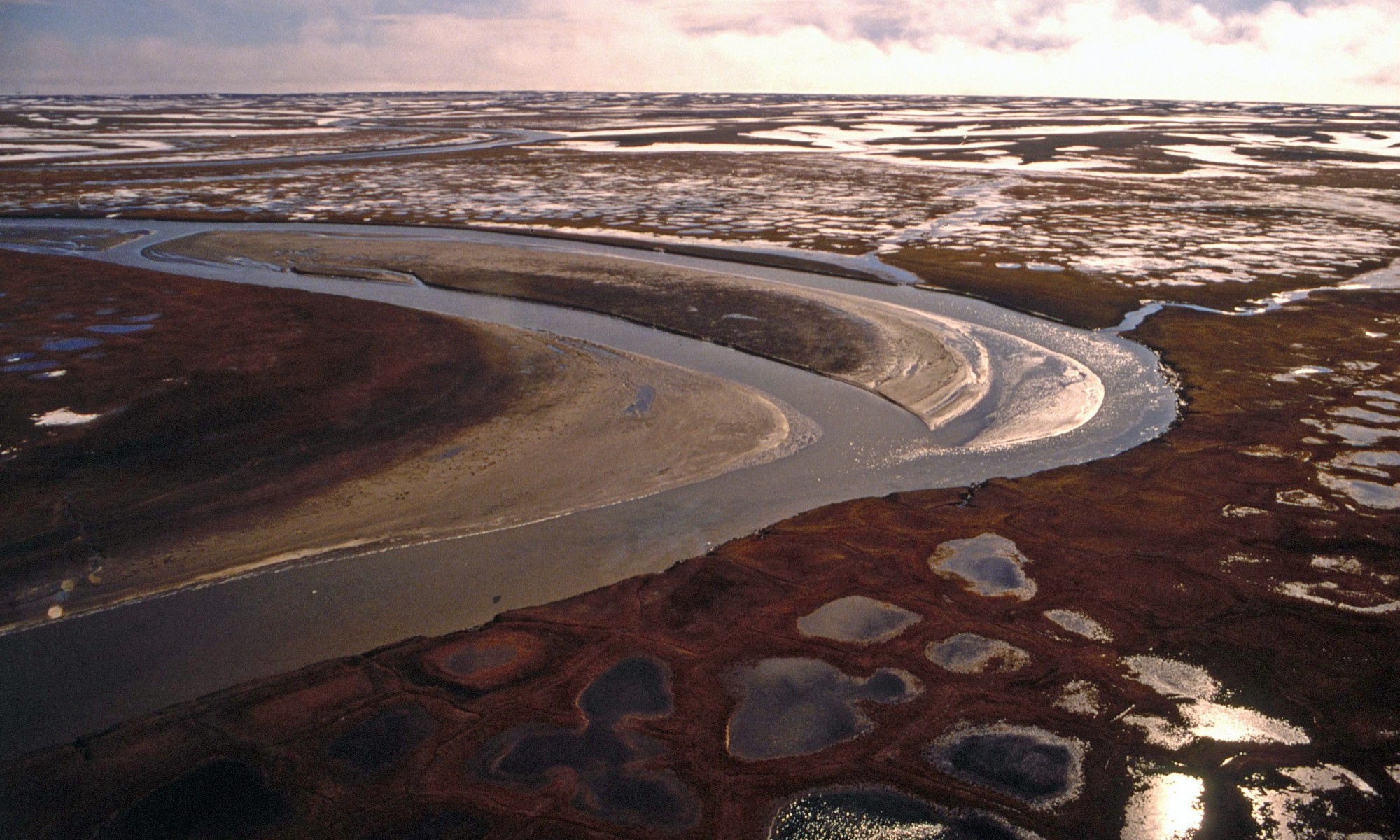 In summer 1989, within the framework of the Environmental Agreement of the governments of Germany and the Soviet Union (later Russian Federation), a first joint expedition of biologists studying birds along the East-Atlantic Flyway took place to the high Arctic breeding grounds on the Taimyr peninsular. This cooperation of the Institute of Evolutionary Morphology and Ecology of Animals (IEMEA) of the Academy of Science in Moscow and WWF-Germany helped to open doors for other international biological projects in the Siberian Arctic and finally resulted in an official partnership between the “Taimyrsky Zapovednik” (Nature Reserve) and the Schleswig-Holstein Wadden Sea National Park as well as in the establishment the “Great Arctic Zapovednik” on the northern coast of Taimyr.

The 30th anniversary of this pioneering expedition gives reason to look at a proposal for a new national park on Taimyr, which LT&C member and former scientist at the Taimyrsky Zapovednik, Natalia Malygina, who works today as a lecturer and researcher at the Ural Federal University, provided. The national park would connect the Taimyrsky- with the Great Arctic Zapovednik. The initiative would also contribute to secure a complete North-South transect, where in times of climate change, natural habitats and ecosystems could adapt through “migration”.

If a national park, in addition to existing strict protected areas, can be established, it could be of benefit for local people, e.g. in Khatanga, where locals can be involved in the management and guiding of tourism. They would, therefore, develop increasing interests in their protected areas and thereby contribute to safeguarding the wild natures’ future. In addition, tourists would get interested to visit Taimyr if attractive and affordable national park visits and related transportation can be offered. Because of this potential win-win, which can be studied in other parts of the world, a Taimyr national park could become an LT&C Example.

Maybe the upcoming Northern Sustainable Development Forum and its Round Table on “Ecotourism and Protected Areas”, September 24-28 in Yakutsk, could be an ideal platform to further discuss the Taimyr national park initiative.